Amnesty International has welcomed the Philippines Senate Committee on Justice and Human Rights convening a second inquiry on Amnesty International’s ‘Above The Law: Torture in the Police’ report, following a resolution passed in January to respond to the evidence included in the report regarding widespread torture in the Philippine National Police.

“However it is disappointing to hear that the Philippine National Police have yet to review Amnesty International’s report and recommendations a year after it was published. This raises serious questions about their willingness to address and eradicate torture within the police force,” he added. Amnesty members and supporters take action ahead of the International Day in Support of Victims of Torture. © Amnesty International

Amnesty International presented three major recommendations to the committee highlighting prevention of torture, criminal investigation and review of disciplinary and accountability mechanisms.“Amnesty International urges the Senate to expedite the bill for the establishment of a National Preventive Mechanism (NPM) for torture ensuring its functional independence from the government and has the authority to examine detention facilities and have immediate full access to information concerning detainees who are victims of torture,” added Benedict.

Senator Pimentel confirmed that he will file the NPM bill within the week following his pronouncement that all recommendations forwarded by Amnesty International shall be included in the committee report to be presented at the plenary.

“While the NPM is being deliberated at the Senate level, Amnesty International recommends that the Commission on Human Rights immediately reconvene the Oversight Committee provided for in the Anti-Torture Law to oversee its effective implementation. The Senate can push for the regular convening of the committee and ask all relevant authorities to report to it thereby monitoring the progress of all cases filed under the Anti Torture Act and make recommendations to remedy any shortcomings,” explained Benedict.

Amnesty International also reiterated its call in January for the Senate to review all existing oversight mechanisms where complaints about torture can be filed. Currently these processes are complex, confusing and reflect overlapping mandates, discouraging victims of torture to file complaints.

“It is high time to act now before the end of the 16th Congress and the turnover of leadership in May 2016. The opportunity to become a model on torture prevention and investigation in region is ripe,” concluded Benedict.

Fears of escalating bloodshed are rising ahead of planned protests in Gaza later today after...
Read More 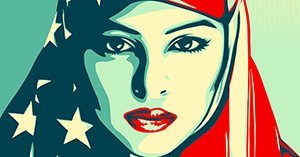