LGBTQI activist Lizzi Price was recently shocked to come face-to-face with the very hatred and bigotry she fights against – in her local supermarket. Here she shares her story.

Last Saturday afternoon saw me happy but tired after a marvelous International Women’s Day rally, so it took a while to summon the energy to go get some groceries. Meandering through the supermarket aisles, I was distracted by the rainbow design on a man’s shirt. It’s stereotypical, but I love anything rainbow.

To give some context: I identify as lesbian – my hair is purple, short and undercut and I was wearing my parade T-shirt (rainbow Amnesty candles on the front, “Human Rights are My Pride” on the back). There was no mistaking I’m part of the LGBTQI community.

Realising I had started to read the many words on the back of his shirt, I said, “Oh sorry, just reading your shirt”. As those words left my mouth, I realised what I was reading.

This man appeared completely comfortable with wearing a T-shirt – in public – that denied our LGBTQ identities, blamed us for the decline of Western civilisation (yes it really said that) and amongst many other things, labelled us ‘perverts’.

This man had the audacity to confidently wear his hateful T-shirt to the shops.

The last few weeks, with the buzz of Mardi Gras, a little rainbow atmosphere of hope has formed around me. Staring at his T-shirt now, I felt a fire rip through several layers of that hope. I was stunned. What do you say to that level of hatred? Something lame apparently: “Oh it appears our views are opposite”. He shrugged and I stood: body frozen, mind whirling.

“This man appeared completely comfortable with wearing a T-shirt that denied our LGBTQ identities, blamed us for the decline of Western civilisation and amongst many other things, labelled us ‘perverts’”

It’s hard to describe the shock of going to buy toilet paper and coming face-to-face with someone who happily announces to the world they believe you to be perverted. It was like a punch I didn’t see coming. I think I scanned the shop with my gaydar to check no one else was being impacted, only to realise he may wear that T-shirt everywhere.

What do you do in this situation? Confront him? Take a photo of his T-shirt and check the hate speech laws later? Scream? Cry? I fear all those things would probably just embolden him to his cause. I was still processing what to do when he left the shop.

I am more fortunate than many I know, my everyday life usually happens without being presented with such obvious hatred. I know some trans folks, some First Nations people and some who wear hijab, experience this regularly and perhaps I just glimpsed into their world. For me this is where my LGBTQI community throws me a lifeline because together we can challenge the hatred. We have a place to speak out against such hurtful words. We have Mardi Gras.

The past month has seen many, many people in the LGBTQI community working endless hours in our own time to create events, art, fun, education, connections, teams, floats and space for a community, somewhere to belong. We’re creating somewhere to be proud and accepted for who we are and somewhere we can find the solidarity to keep fighting for equal rights and full citizenship in our own country. This is what we do every Mardi Gras season – we claim the space to be who we are, we find each other and in a myriad of ways, we fight for equality for ourselves and others.

“I know some trans folks, some First Nations people, some who wear hijab, experience this [hatred] regularly and perhaps I just glimpsed into their world”

This year our float message was: “Equality, Safety, Respect: Every Child, Every School”. This idea came in response to the alarming levels of bullying towards LGBTQI children and young people in school and the profound impact that has on their wellbeing and their ability to access their right to an education.

The float got a fantastic response, but it was the young people in the crowd that will stay in my memory. So many were literally jumping and screaming with excitement and joy to see Amnesty supporting their right to safe education. I wish these kids didn’t have to be surprised by support. I wish it was the norm for all LGBTQI kids to be supported in school and for the Australian community to expect as much from schools.

Of course, I love glitter and I love rainbows but they are not the point. Mardi Gras started as a protest march. It was born out of the discrimination, persecution and violence our community experiences, brought to life by our resilience and feistiness as a way of surviving. Mardi Gras is a celebration, too, but while there are still people down the shops wearing T-shirts declaring us perverted, Mardi Gras will continue to be our way of fighting back, it will remain a protest. 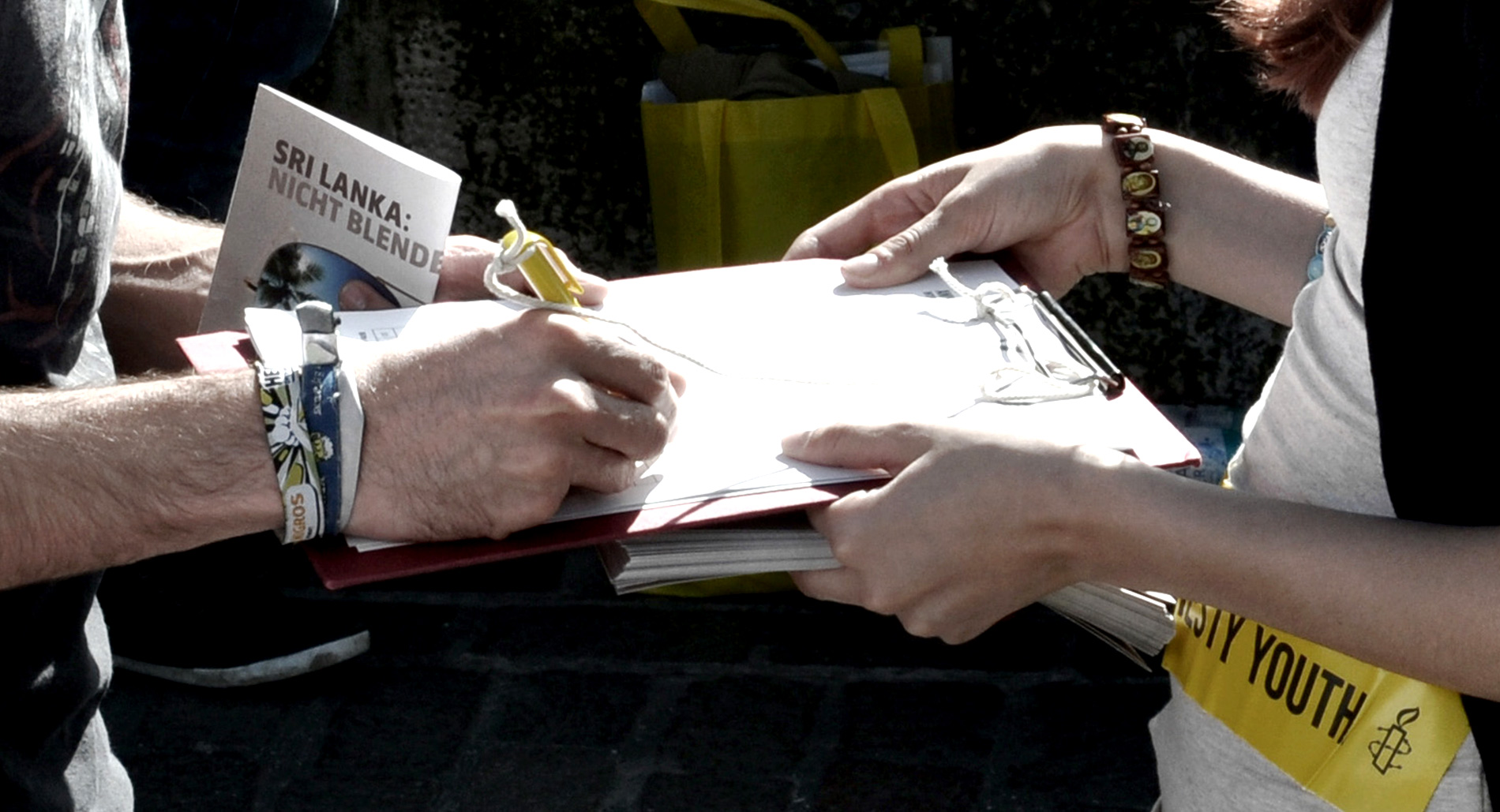 Hi. My name is Peter. I manage fundraising here at Amnesty International Australia. Along with some...
Read More Mardi Gras 2018: In the wake of the rainbow momentum

By Wing Hong Chu Wing Hong also goes by (Vee) is the Co-founder of the Adelaide Amnesty...
Read More