Amnesty International has today joined with 38 other human rights groups and individuals to call on Google to halt plans to establish a Cloud Region in Saudi Arabia until the company can publicly demonstrate how it will mitigate risks of adverse human rights impacts.

“Saudi Arabia has a dismal human rights record, including digital surveillance of dissidents, and is an unsafe country to host the Google Cloud Platform,” said Rasha Abdul Rahim, Director of Amnesty Tech.

“In a country where dissidents are arrested, jailed for their expression and tortured for their work – Google’s plan could give the Saudi authorities even greater powers to infiltrate networks and gain access to data on peaceful activists and any individual expressing a dissenting opinion in the Kingdom.

“Google must immediately halt any plans to establish a Cloud region in Saudi Arabia until the company can publicly demonstrate how it will prevent potential abuse of its platform.

The Google Cloud Platform is one of the largest data storage and cloud computing services in the world. In December 2020, Google announced an agreement with the national oil and gas company Saudi Aramco, to set up a Google Cloud region in Saudi Arabia and offer Enterprise Cloud services there “with a particular focus on businesses in the Kingdom.” ­­

In January 2021, NGOs Access Now and the Canadian Internet Policy and Public Interest Clinic (CIPPIC) wrote an open letter requesting further information on the human rights due diligence that Google had carried out. In response, Google reiterated its commitment to human rights, stated that an independent human rights assessment for the Google Cloud region in Saudi Arabia was conducted, and that the company took steps to address matters that were identified – but did not specify what those steps were.

Amnesty International and other human rights groups have reported extensively on Saudi Arabia’s human rights abuses, including attempts to spy on its own citizens through illegally accessing their personal information 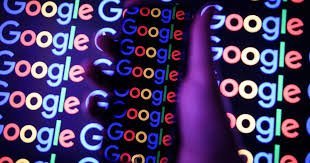 If there’s one thing 2020 has underscored, it’s our reliance on the online world for social...
Read More