Saudi Arabia should immediately abandon all use of cluster munitions, destroy its stockpile and accede to the international Convention on Cluster Munitions, Amnesty International said after the Kingdom’s surprise admission today that it used the inherently indiscriminate weapon in Yemen.

General Ahmed al-Asiri, the spokesperson for the Saudi Arabia-led military coalition, stated today that it would cease use of UK-made BL-755 cluster munitions, confirming Amnesty International’s finding that this type had been used since at least December 2015. Amnesty International previously revealed the coalition’s use of UK, US and Brazilian-made cluster munitions in the conflict.

“It’s astonishing that it has taken this long for the Saudi Arabia-led coalition to formally admit that it used inherently indiscriminate cluster munitions in the Yemen conflict.”

“It’s astonishing that it has taken this long for the Saudi Arabia-led coalition to formally admit that it used inherently indiscriminate cluster munitions in the Yemen conflict,” said James Lynch, Head of Arms Control and Human Rights at Amnesty International.

“Of course we have already known this for months. Amnesty International and others gathered damning evidence of how these weapons were killing and maiming civilians, including children, in farming villages in northern Yemen following their use earlier this year.

“This episode highlights the urgent need for an independent international investigation to look into the mounting evidence of violations of international law in Yemen and ensure accountability.

“The irresponsible and unlawful flow of arms to parties to the Yemen conflict has fuelled civilian suffering.”

“The irresponsible and unlawful flow of arms to parties to the Yemen conflict has fuelled civilian suffering. All states must impose a comprehensive embargo on arms transfers that could be used by any of the warring parties.”

Amnesty International and others have been calling on all states for years to immediately halt the use, production, transfer and stockpiling of cluster munitions and to join the 2008 Convention on Cluster Munitions (CCM). Neither Saudi Arabia nor any of its coalition members have joined the CCM. However, under customary international humanitarian law, coalition members must not use inherently indiscriminate weapons including cluster munitions, which invariably pose a threat to civilians.

Cluster munitions, which are banned by more than 100 countries, present an enormous danger to civilians. Dropped from the air or fired from the ground, they are designed to break open in mid-air, releasing the sub-munitions over a wide area in a way that cannot discriminate between civilians and military targets. Many of the sub-munitions fail to explode on impact and effectively become anti-personnel mines. Unexploded sub-munitions have the potential to remain lethal for years, posing a high risk to the civilian population, both during and after the conflict. Because they are inherently indiscriminate weapons, cluster munitions should not be used in any circumstances.

Members of the Saudi Arabia-led coalition should immediately provide the UN with precise locations of cluster munition attacks, including maps, data with the exact dates of strikes, specific types and quantities of the weapons used, in order to facilitate clearance and risk-education activities and to reduce the potential for further civilian casualties.

Saudi Arabia and other coalition members should facilitate clearance of areas contaminated by unexploded ordnance. States in a position to do so should provide all possible technical, financial, material, and other assistance to facilitate the marking and clearance, removal or destruction of cluster bomb submunitions, duds and other explosive remnants of war. They should also provide victim assistance, including for the medical and psychological care and rehabilitation of victims and their families, as well as risk education. 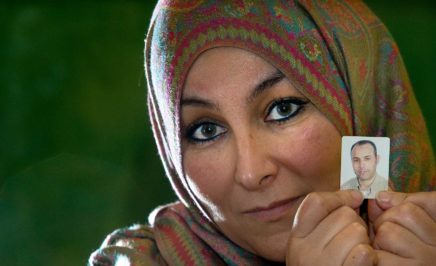