Continued fighting in South Sudan must not derail justice for crimes committed during the deadly conflict that began in December 2013, said Amnesty International and FIDH in a joint briefing published today.

The organisations are calling on the African Union (AU) Commission and the South Sudan government to urgently establish the proposed Hybrid Court for South Sudan (HCSS).

“Justice must not be delayed any further. Fresh violations should give added impetus to efforts to form the Hybrid Court.” Netsanet Belay, Amnesty International Africa Director for Research and Advocacy

“Thousands have been killed, women raped, entire villages destroyed, and humanitarian personnel attacked. But as world attention has focused on ending the fighting, accountability for violations that could amount to war crimes and crimes against humanity has been put on the back burner,” said Netsanet Belay, Amnesty International’s Africa Director for Research and Advocacy.

“Justice must not be delayed any further. Fresh violations should give added impetus to efforts to form the Hybrid Court.”

The peace agreement signed by both parties in August 2015 provides for the formation of the court to investigate and prosecute those bearing criminal responsibility for the atrocities, but little progress has been made towards setting it up.

The Hybrid Court – which will combine elements of both domestic and international law and be composed of personnel from South Sudan and abroad – currently represents the most viable option for ensuring accountability for crimes committed during the conflict, as well as for deterring further abuses.

In the briefing, the organisations make 17 recommendations to ensure the court effectively achieves accountability in accordance with international fair trial standards. The priorities include:

They also recommend that if security concerns prevent the court from being based in South Sudan, it should at least be located within the region.

“Atrocities endured by civilians in South Sudan, which the African Union has documented, must not go unpunished. The establishment of the Hybrid Court is necessary, not only to address human rights violations and abuses and crimes under international law, but also as a pillar to achieving sustainable peace,” said Arnold Tsunga, FIDH Vice President.

“The AU should build on its experience of the recent trial of former Chadian President Hissène Habré in Senegal to set up the Hybrid Court for South Sudan.”

The report’s key recommendations on the Hybrid Court’s makeup reflect best practices of other hybrid and ad hoc tribunals, as well as international legal standards. 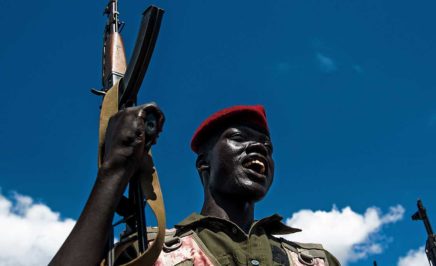