The Sri Lankan authorities must respect human rights under the state of emergency, says Amnesty International.

A state of emergency was declared in Sri Lanka after two incidents of serious violence against members of the country’s Muslim minority. On 5 March, a mob set homes, shops and a mosque ablaze in the Digana area of Kandy, in central Sri Lanka. The incident came just days after a similar attack in the eastern coastal district of Ampara, on 26 February.

“It is important that the authorities take action against mobs who have incited hatred and carried out acts of violence against religious minorities. They have a duty to protect vulnerable groups and hold the perpetrators accountable. But a state of emergency must not become a pretext for further human rights abuses,” said Biraj Patnaik, Amnesty International’s South Asia Director.

The declaration of the state of emergency comes amid fears that violence against members of the Muslim minority may spread to different parts of the country. Under emergency powers, the authorities have sweeping powers, including to search, arrest, and detain. A state of emergency was previously in force from 1971 to 2011.

Prime Minister Ranil Wickremesinghe tweeted: “As a nation that endured a brutal war we are all aware of the values of peace, respect, unity and freedom. The government condemns the racist and violent attacks that have taken place over the last few days. A state of emergency has been declared and we will not hesitate to take further action.”

“While it is positive that the government wishes to prevent further violence, any steps taken to address the problem, however, must meet Sri Lanka’s obligations under international human rights law, including the absolute prohibition on torture, unfair trials and arbitrary detention,” said Biraj Patnaik.

Sri Lanka: Much remains to be done on torture

The Sri Lankan authorities must take decisive action to stop torture and other ill-treatment,...
Read More 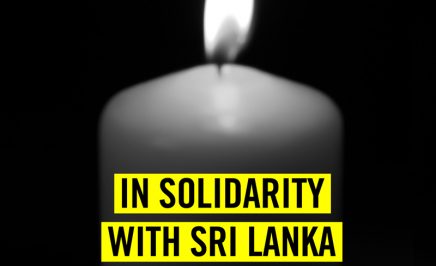 Sri Lanka: Attacks another grim reminder of the need to tackle hate