In a major victory for Indigenous people who fought to protect the water and their rights, the Army Corps of Engineers has decided not to allow an oil pipeline to cross under a reservoir on land it controls in North Dakota.

United States Assistant Secretary of the Army, Jo-Ellen Darcy, said they would “explore alternate routes” for the $3.7billion Dakota Access pipeline that runs through North and South Dakota, Iowa and Illinois.

Thousands of demonstrators at the Oceti Sakowin campsite erupted in cries of “Mni Wiconi” – Water is life – as the news of the victory spread.

“This is a great victory for Indigenous peoples all over the world,” says Rodney Dillon. Amnesty International Australia’s Indigenous Rights Advisor. “When traditional owner’s knowledge is supported by others it empowers them and their beliefs. I’m glad that the US authorities have listened to the concerns and it’s great that Amnesty USA has been monitoring this situation.”

What’s been happening at Standing Rock?

Tribal members and those protesting the Dakota Access Pipeline, calling themselves ‘water protectors’, say it threatens to contaminate their main source of drinking water and destroy cultural and religious sites.

Water protectors set up camp at a planned construction site across the river from the Standing Rock reservation, supported by a growing number of Indigenous people and others from across the United States and Canada.

“Authorities have a duty to protect the rights of Indigenous peoples, including their right to peacefully protest. It is the responsibility of the police to ensure the right to peaceful protest and freedom of expression”

As tensions rose between law enforcement officers and protestors, the police employed an increasingly militarised response.

Freedom of expression is a human right. But at Standing Rock it’s been under threat and we called on police to respect, protect and fulfil Indigenous people’s right to peaceful protest. Over the last few months, Amnesty sent four delegations of observers to the area to ensure people’s human rights are protected.

Evidence from news reports and Amnesty’s own observers on the ground showed an increasing use of force. Police used pepper spray, tear gas and sprayed protesters with a fire hose in order to disperse crowds in freezing temperatures.

“People here just want to stand up for the rights of indigenous people and protect their natural resources. These people should not be treated like the enemy,” said Eric Ferrero, director of communications, Amnesty International USA.

We asked local law enforcement officials to follow these principles, based on UN guidance, in their response to protests in North Dakota.

Respect and protect the right to protest

Amnesty reminded the police of their responsibility to respect, protect and fulfil protesters’ rights to peaceful freedom of expression.

This is a major victory for Indigenous people and their rights. Amnesty International is calling on Congress to ensure that Indigenous communities are always consulted in decisions like this. It must only be the beginning of an improved process for projects that affect Indigenous populations. The world is now watching and so are we. In the early afternoon on Thursday 24 February, the Oceti Sakowin camp in North Dakota was...
Read More 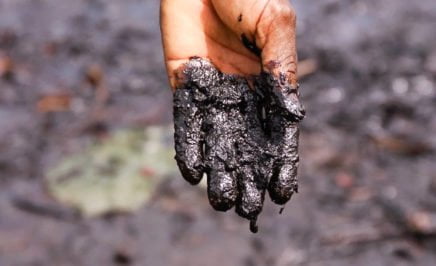 Rape law amendment in Greece ‘a historic victory’ for women

Greece to become ninth out of 31 European countries to recognise that sex without consent is rape...
Read More