Amnesty International Australia has welcomed the UN Human Rights Committee’s ruling that the Australian government must “facilitate and ensure” the prompt return of two Australian men who argued their country has breached international law by preventing their return home because of “arbitrary caps on airline travel”.

The men are just two of more than 34,500 stranded Aussies who are trapped overseas and are registered with the Department of Foreign Affairs to come home to Australia.

“The UN Human Rights Committee has confirmed what we and the community have been saying for nearly a year: Australia has to get stranded Aussies home as soon as possible.

“The Australian government should be ashamed that it had to take the UN to tell them to act on this. The International Covenant on Civil and Political Rights said that ‘no one shall be arbitrarily deprived of the right to enter his [or her] own country’ – what is so hard to understand about that?

“Australians have been and are continuing to be harmed, by the government’s slow and bungled approach to getting them home amid the global pandemic crisis. People have been left homeless, unemployed, absolutely penniless, and stressed and anxious.”

Amnesty International Australia released a report, Stories of the Stranded Aussies: The Case to Bring Them Home, in November 2020. It called on the government to:

“It has been a long time without much progress for the more than 30,000 Australians stuck overseas. The #StrandedAussies are at risk of becoming the #ForgottenAussies. The government needs to act on the UN Human Rights Committee’s ruling as soon as possible,” MacKay said.

More than 11,000 people have signed Amnesty International’s petition calling on the government to adopt its seven-point plan.

Amnesty International congratulates the two men on their campaign, and their legal team, for winning a ground-breaking ruling that will set up thousands of Australians for a speedy return home. 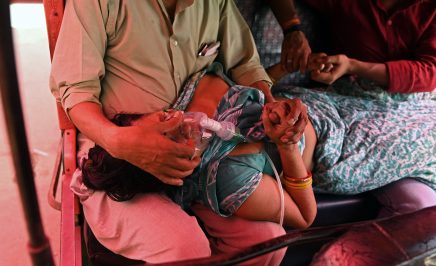 Responding to the announcement today that repatriation flights would begin from India to Australia...
Read More Responding to the announcement today that the Federal Government is proposing three additional...
Read More