In the wake of terrorist attacks in Christchurch, New Zealand, we vow to unite against racism and hatred. Please join us by sending a message of hope and solidarity to the NZ Muslim community.

Knowing how to respond to racist remarks from friends and relatives can be a minefield. On the one hand, you want to call them out for their misinformed bigotry but doing so can lead to an argument or awkwardness, without actually convincing them to change their view.

So how do you communicate clearly and effectively to help reduce the casual racism that is still prevalent in a lot of Australian communities?

Your blood might be boiling over your dad’s misguided opinions about particular ethnic groups, but you have to ask yourself if you will achieve your desired outcome by pointing your finger and making accusations.

If you embarrass somebody, call them uninformed or lecture them, then there’s a good chance they will feel as though they are on the back foot and your points may fall on deaf ears.

“Rather than saying ‘You’re a racist’, talk about how those comments are impacting you and how you are feeling about it,” Sue Yorston, who manages Relationships Australia Victoria‘s social inclusion portfolio, tells Amnesty.

One of the swiftest ways to an argument is mishearing or misunderstanding somebody’s point. So if you’ve been shocked by what you perceive as a racist outburst, it could be worth getting them to articulate their perspective.

“Sometimes what we say and what we hear are two different things,” Yorston points out. “Somebody might say something and have a different intent and not realise what the impact is going to be.” 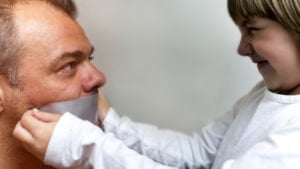 3 Talk to them quietly

As tempting as it might be to call a racist out in front of a group, Yorston says sometimes you’ll have a greater persuasive effect if you take them aside quietly later and highlight your concerns.

“You could say something like, ‘What you said before has been sitting with me and I want to talk to you about it’,” she suggests.

“Often we make stereotypical racist-based comments from ignorance so it’s an opportunity to educate and say, ‘Hang on a minute, that hasn’t been my experience’.”

4 Let them walk in others’ shoes

Rather than spouting off facts and figures to back up your point, Yorston says asking them to imagine what things are like for certain groups could allow them to feel more empathy with others’ plight.

“Ask them, ‘If this was happening to you, what would you do? Would you do whatever you could to make sure your children were safe?’ she suggests.

“You might not provide answers – you might be able to ask questions to help them challenge their own stereotypes.”

Immersing yourself in different communities can also give you an arsenal of anecdotes to share to help get your point across.

“You might be able to say, ‘I’m going to challenge your perceptions by telling you a story someone told me about their experience as an asylum seeker’,” Yorston says.

“Ask them, ‘If this was happening to you, what would you do? Would you do whatever you could to make sure your children were safe?'”

5 Be careful you’re not being aggressive

As passionate as you might be about your beliefs, if you develop a reputation for lecturing everybody in your circle in an aggressive way, then your persuasive powers are probably not going to be very effective.

“If you’re genuinely offended then I’d suggest you frame it along the lines of, ‘I’m upset when you say things like that’,” Dr Lauren Rosewarne, University of Melbourne social researcher, told Amnesty. “This helps to personalise it and gives you an opportunity to make it about what those words do to you on a personal level.”

6 Listen to their perspective

As abhorrent as their views might seem, if you don’t give people the respect of listening to their views, then there is little chance that they’ll do the same for you.

New US research suggests that 61 percent of conservatives and 64 percent of liberals prefer to read arguments they already agree with, which means a lot of arguments fall on deaf ears – on both sides of the political fence.

“Participants said that hearing from the other side felt lousy; they reported it was about as unpleasant as taking out the trash or standing in line for 20 minutes,” the psychology researchers from the Universities of Winnipeg and Chicago wrote.

But the University of Winnipeg and University of Illinois researchers say that listening to both sides of an argument could help you get your point across.

“If their political opponents feel understood, they might be more receptive to hearing what others have to say,” they point out. Listening to the other side could at least help prepare an arsenal of counter-arguments.”

When people are hiding behind their screens, they’re often willing to argue harder and nastier than in real life. For that reason, Dr Rosewarne says you may want to think carefully before calling out a racist online.

“Responding on social media is a way to both mobilise support and to also inflame your political enemies who will mobilise with more vitriol, spit and bile than you could ever imagine,” she points out.

Deleting or blocking them is one obvious solution; otherwise you could try sharing a link that explains the holes in their views – taking a similar approach to the tips above for real-life conversations.

“I look at the comments and see what else is being written before I decide to post something,” Yorston says.

“If there are other people ranting I won’t post anything. If it’s really offensive stuff, I delete them and report them to Facebook.”