Amnesty International Australia has asked the Australian government to intervene to stop the three scheduled federal executions in the US.

Since resuming federal executions after 17 years last July 2019, the Trump administration has put to death a total of ten men and is pursuing a further three executions in its last weeks in office, including that of the only woman on federal death row.

Lisa Montgomery is due to be executed on 12 January; Corey Johnson on 14 January; and Dustin Higgs on 15 January.

The resort to executions as shown in recent months has not only put the spotlight on the unjust flaws and arbitrariness that have long affected the USA death penalty system, but also failures on the part of the Trump administration to uphold safeguards and restrictions established under international law and standards to guarantee protection of the rights of those facing the death penalty. Racial bias, sentencing of people with severe mental and intellectual disabilities, and flawed legal representation are some of the common factors that have contributed to unreliable judicial
ecisions on life or death.

Amnesty International Australia has written to Foreign Minister Marise Payne, and asked her to urge US President Trump to call of all set executions, and to hold President-elect Joe Biden accountable to his commitment to eliminate the federal death penalty. The Trump administration may not recognise refugee resettlement agencies as having “bona fide...
Read More 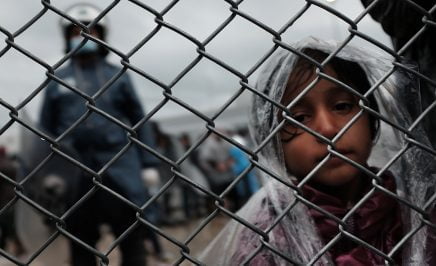 Responding to reports that Donald Trump may seek to cap the USA’s admission of refugees at no...
Read More