In recognition of Transgender Awareness Week, the Senate yesterday passed a non-controversial motion moved by Senators Rachel Siewert, Janet Rice and Patrick Dodson that called on parliamentarians to:

All Senators voted in favour of the motion except for One Nation Senators Pauline Hanson and Malcolm Roberts, and Senator Cory Bernardi.

“The Senate was faced with a simple question: should transgender and gender diverse people be provided with essential health, social, cultural and community services? This transphobic trio of Senators said no. This is absolutely disgraceful.

“They didn’t speak on the motion. There’s no press release to explain why they voted this way. Just a no vote. They must at least explain why they believe that transgender and gender diverse people don’t deserve these services. Health care is a basic human right, and it absolutely shameful that we have Senators voting against access to this right for an already vulnerable community”.

According to the National LGBTQI Health Alliance transgender people aged 18 and over are nearly eleven times more likely to attempt suicide in their lifetime. 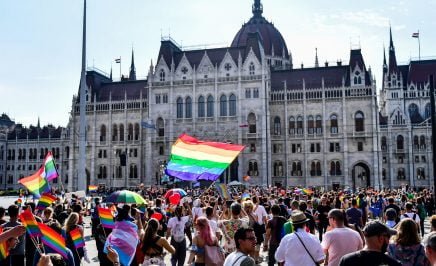