Since taking over at the White House, US President Donald Trump has wasted little time putting into action his poisonous campaign rhetoric. In his first couple of weeks in office, he pushed through a series of repressive executive orders that threaten the human rights of millions of people in the US and abroad. Here are seven potentially devastating steps already taken by President Trump:

1. Turning his back on refugees

One week into his administration, Trump suspended the country’s refugee programme for 120 days, implemented an indefinite ban on Syrian refugees and introduced an annual refugee cap of 50,000. The cap is likely to affect 60,000 people in 2017 alone, with outgoing president Barack Obama’s administration having pledged to admit 110,000 refugees in the current fiscal year.

Amid a global emergency in which 21 million people have been forced to flee their homes due to war and persecution, the move by one of the world’s wealthiest and most powerful countries to block off the avenue of resettlement is nothing short of appalling. Trump is blocking men, women and children refugees from fleeing the very terror he purports to be fighting.

President Trump also moved swiftly to ban the entry of anyone arriving from Iran, Iraq, Syria, Libya, Somalia, Sudan and Yemen – seven predominantly Muslim countries. While the executive order did not explicitly mention a ban on Muslims, the brazen religious discrimination was clear – especially in light of the President’s pre-election rhetoric. There are exceptions to the ban, including for those who have faced religious persecution – but only if they are part of a “religious minority”.

“Trump is blocking men, women and children refugees from fleeing the very terror he purports to be fighting”

One reading of this caveat is that the White House will accept Christians fleeing predominantly Muslim countries, further reinforcing the theme of religious division. Having been temporarily lifted by a federal US court, Trump’s “Muslim ban” is now the subject of a legal fight. Amnesty International is calling on the US Congress to intervene immediately to block the ban.

3. Speedy deportation of those fleeing violence in Central America

Trump’s promise to build a “big, beautiful” wall along the USA’s border with Mexico as a means of keeping out “criminals” was one of the cornerstones of his election campaign. So it was no surprise when he signed a pair of executive orders designed to fulfil that promise within days of taking office.

One vowed to create the barrier, while another – possibly of more pressing concern to the thousands of migrants fleeing armed violence in Mexico and Central America – pledged to hire 10,000 more immigration officers. The likelihood is that many more migrants, including many in need of international protection, will be held in temporary detention camps along the border before being ultimately sent back to places where their lives are at risk.

Trump’s decision to advance the highly controversial Dakota Access Pipeline, a 1,200-mile crude oil route through four US states, put the profits of oil companies before the human rights of Indigenous Peoples. The Standing Rock Sioux Tribe, who have a sacred site near the route which bisects Indigenous land along the Missouri River, say the pipeline would contaminate drinking water and damage sacred burial sites.

Not only was the pipeline construction approved in violation of the Native American group’s right to access clean water, the decision was also taken without consulting them and seeking their consent – a requirement under international human rights and US law. The arrests of dozens of anti-pipeline protesters last week came after police had already been accused of excessive force in their handling of previous demonstrations, and heightens fears that environmental activists could now see their right to peaceful protest under greater threat.

An image of a group of men in suits standing around President Trump as he signed away the sexual and reproductive rights of millions of women and girls worldwide has become emblematic of the new administration’s danger to women’s rights. The executive order reintroducing the global “gag rule” blocks US federal funding for overseas non-governmental organisations that provide abortion counselling or referrals, advocate to decriminalize abortion or expand abortion services – even though the USA does not fund these services directly.

In Latin American and the Caribbean alone, where abortion is completely banned in seven countries even when the health or life of a woman or girl depend on it, there is no doubt that Trump’s stance will cost many lives. Even in some countries were abortion is legal, access is to a large extent dependent on US funding, meaning the gag rule risks the lives of people there as well.

The global “gag rule” will have far-reaching consequences beyond its stated aim of reducing access to abortions. Many of the organizations hit with significant funding cuts also provide HIV/AIDS treatment, emergency contraception and other reproductive health-care services alongside abortion services and information, particularly in Africa and Latin America. In fact, Trump’s version of the gag rule, last implemented under George W Bush, is much broader than previous incarnations and applies to all global health funding by the USA, i.e. beyond reproductive health.

In the same decree that ordered the hiring of extra border personnel, Trump attempted to cut off other pathways for asylum-seekers by revoking federal grant money from so-called “sanctuary cities” that limit cooperation with federal immigration enforcement and refuse to deport undocumented migrants, such as those with legitimate claims to asylum. Including New York, Dallas, Minneapolis, Denver and San Francisco, there are 39 such cities across the country which stand to lose billions of dollars in federal funding under Trump’s plan. 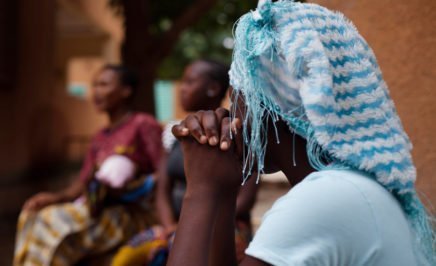