If you’ve spent even a little bit of time on the internet lately, you’ve probably been unable to avoid seeing news, posts and even memes about Elon Musk and Twitter. The billionaire entrepreneur originally stated in April that he was going to buy Twitter for $44 billion dollars. Then he said he wasn’t going to buy Twitter. And then he said, actually, he was.

The deal was finally sealed in October 2022, and Musk has swiftly set about implementing changes to the platform. But why does this matter at all, and what does it mean for human rights?

For several years now, Amnesty International has been investigating the persistent use of hate speech on Twitter, and the platform’s failure to effectively take action against those using abusive language.

Amnesty International released its first “Toxic Twitter” report in 2018, followed by a follow-up report in 2021. Both times it was found that women and non-binary people in particular were the targets of pervasive hate speech.

This is pretty serious. We’re not talking about mildly offensive jokes here. We’re talking about genuinely abusive and discriminatory behaviour that contributes to and perpetuates a culture of violence against women.

What is Elon Musk’s role in all of this?

Elon Musk describes himself as a “free speech absolutist.”

What exactly does that mean? No one’s really sure, but what we do know is that within just 12 hours of Musk taking over the platform, the Network Contagion Research Institute reported that the use of racist slurs increased 500%. This was largely due to dozens of extremist profiles having their previously banned accounts reinstated in the wake of Musk’s takeover.

Musk has also pledged to reinstate the account of Donald Trump, who was banned for spreading harmful misinformation.

We can only assume that this increase in hate speech and misinformation is what Musk meant when he expressed his goal of restoring “free speech” to Twitter.

“Regardless of ownership, Twitter has a responsibility to protect human rights, including the rights to live free from discrimination and violence, and to freedom of expression and opinion – a responsibility that they already too often fail.”

What needs to be done?

Twitter is one of the world’s largest social media platforms, with over 330 million monthly active users. The words, images and ideas that are posted to Twitter have a very real impact on what people say, think and how they behave offline.

Everyone has the right to freedom of speech and expression. However, everyone also has the right to live free from discrimination. Twitter and Elon Musk have a responsibility to protect the human rights of everyone on their platform.

“The last thing we need is a Twitter that willfully turns a blind eye to violent and abusive speech against users, particularly those most disproportionately impacted, such as women, non-binary persons, and others.”

Amnesty’s Toxic Twitter reports have previously recommended that that the platform:

Elon Musk should similarly adhere to these recommendations, rather than taking away the few mechanisms that Twitter had in place to protect its users from online abuse.

Everyone deserves the right to live free from discrimination, abuse and violence – both online and off. Find out more about Amnesty’s Women’s Rights and LGBTQIA+ Rights campaigns. 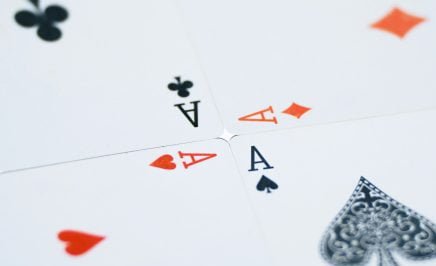 An ace up my sleeve: Why Asexual Awareness Week matters

Amnesty activist Isabelle shares what being asexual means to them in celebration of Asexual...
Read More
Want to make headlines?