Ahead of a planned “Unite the Right 2” rally in Washington DC and the anniversary of the Charlottesville tragedy on August 12, Amnesty International USA’s executive director Margaret Huang, said:

“Failure from our leaders to denounce racial and ethnic hatred has only emboldened those who wish to normalise discrimination.

“When President Trump persists in promoting policies that target and imperil the rights of people of colour, immigrants, refugees, Muslims and others, it is more important than ever that people take action against institutionalised discrimination.

“Last year we saw the tragic results of what happens when authorities fail to ensure the safety of those targeted by the hateful ideology of white supremacy.

“The right to protest should not be used as license to intimidate, harass and harm others.” Syria: Analysis shows US-led coalition use of white phosphorus may be war crime

The US-led coalition’s use of white phosphorus munitions on the outskirts of al-Raqqa, Syria is...
Read More 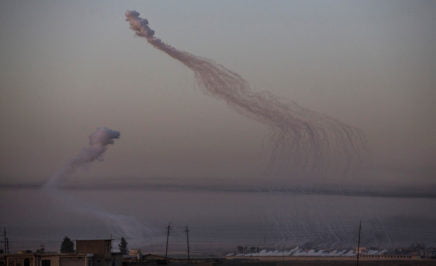 The use of white phosphorus around the city of Mosul could pose a deadly risk to civilians fleeing...
Read More By Helen Carrick Founder of Reading for Reconciliation In a Brisbane suburban lounge room in 2004,...
Read More