Human rights have taken a significant nose-dive in Russia in recent years, making it impossible to ignore the rampant human rights violations happening in the host country of the 21st FIFA World Cup.

As prestigious global sporting events go, it doesn’t get much bigger than the World Cup. Starting from June 14, an audience of billions will watch 32 national teams compete across 11 cities in Russia for the chance to lift the trophy in Moscow.

This is the first time in history that the World Cup’s organisers, FIFA, has awarded Russia the right to host one of the world’s most watched sporting events.

But human rights have taken a significant nose-dive in Russia in recent years, making it impossible to ignore the rampant human rights violations happening in the host country of the 21st FIFA World Cup.

By awarding Russia the right to host the World Cup without conducting any meaningful human rights due diligence, FIFA scored a major own-goal which it has been trying to recover from since. To understand why, we should look at the human rights violations and abuses President Putin’s government will be trying to ‘sportswash’ with its hosting of the World Cup.

While the human rights situation in Russia is too big to address in detail here, one of the major concerns that Amnesty International have consistently highlighted is the constant harassment, intimidation, physical attacks and arbitrary arrests of people trying to defend human rights.

Environmental human rights defender Andrei Rudomakha was brutally assaulted in 2017 by unknown assailants for documenting illegal construction work on the Black Sea coast, and his attackers still walk free. Igor Nagavkin has spent more than a year and a half in pre-trial detention on trumped-up charges for his work defending prisoners’ rights and combatting torture and corruption. And Oyub Titiev has been detained for almost six months on fabricated charges because of his work helping victims of human rights violations in Chechnya.

Their stories are not an anomaly, but part of a wider and consistent pattern of crackdowns on any kind of protest or dissent. As Amnesty International’s latest report details, the right to freedom of assembly has been restricted even further in Russia, with the World Cup being used as a justification in certain instances.

In fact, since Russia was named World Cup hosts in late 2010, there has been a marked decline in the safety of human rights defenders in the country, with NGO offices and personnel coming under physical attack and facing a raft of new restrictions on their activities.

And we’ve yet to mention the ongoing use of torture; the serious human rights violations continuing in the North Caucasus; the anti-LGBTI “propaganda law” which is used to persecute and stigmatize LGBTI individuals; the witch-hunt of gay men in Chechnya; the decriminalization of domestic violence; the targeting of journalists; and Russia’s continued use of its veto to block UN Security Council action on Syria. FIFA have made human rights their business

While it’s clear that the Russian authorities are doing everything in their power to turn the country into a human rights black-hole, the question remains what FIFA itself is doing to not only challenge the host nation on this, but to improve its own human rights record.

For many years, the organization largely denied that it was in any way responsible for the rights of people affected by its events – workers building stadiums and infrastructure, protesters outside the grounds and people living in areas cleared to make way for new projects.

After several corruption scandals and Amnesty International and Human Rights Watch reports documenting severe labour abuses and dangerous conditions for migrant workers constructing stadiums and infrastructure for both the Russia 2018 and Qatar 2022 World Cups, the sporting body finally started to change its tune.

In 2016 FIFA added a human rights clause to its statutes stating that: “FIFA is committed to respecting all internationally recognized human rights and shall strive to promote the protection of these rights” and new President Gianni Infantino insisted that FIFA “…must use its influence to address [these] human rights risks as determinedly as it does to pursue its commercial interests.”

An independent human rights Advisory Board was established and in 2017 the organisation adopted a robust Human Rights Policy, making it one of the few sporting bodies to do so. FIFA has also joined a multi-stakeholder coalition committed to establishing an independent Centre for Sport and Human Rights.

“FIFA is committed to respecting all internationally recognized human rights and shall strive to promote the protection of these rights.”

Given the Russian State’s past form during the Sochi Winter Olympics in 2014, when there were almost daily arrests and beatings of protestors, there is every chance that the World Cup will provide a backdrop for a renewed wave of oppression.

During those games the International Olympic Committee (IOC) effectively turned a blind eye to the crackdowns on freedom of association and assembly, including the repeated incidents of beating, interrogation and harassment of protesters and extensive surveillance of journalists.

Establishing a framework to addressing the human rights risks associated with the event is an important step. But it is just the first step. FIFA’s human rights records will be judged by the action it takes. FIFA’s Advisory Board notes progress has been made in addressing cases raised by human rights groups but stresses that “…this engaged approach should be the default in all future cases involving threats to human rights defenders connected to FIFA’s operations.”

While FIFA has been playing catch-up to tackle the major human rights challenges a World Cup in Russia inevitably presents, the Russian authorities have not hesitated at committing human rights violations under a global spotlight. This means FIFA will have their work cut out for them.

President Infantino has promised the Russia World Cup will be “a football party”, he will need to be ready to use all his influence to make sure President Putin’s contempt for human rights doesn’t ruin the fun.

Take action for Russia’s human rights defenders and find out more about how we protect people at risk around the world. 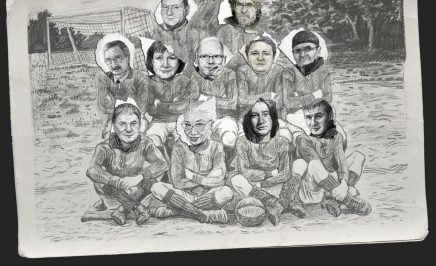