The Saudi-led coalition used a precision-guided munition made in the United States in last week’s air strike on a detention centre in Sa’adah, north-western Yemen, which, according to Doctors without Borders, killed at least 80 people and injured over 200, Amnesty International said today. The laser-guided bomb used in the attack, manufactured by US defense company Raytheon, is the latest piece in a wider web of evidence of the use of US-manufactured weapons in incidents that could amount to war crimes.

Over the past week, the Saudi-led coalition (SLC) has relentlessly pounded northern Yemen with air strikes — including the capital city, Sana’a — that have inflicted dozens of civilian casualties and destroyed infrastructure and services. The escalation followed Huthi strikes on 17 January that targeted an oil facility in Abu Dhabi, which killed three civilians.

“Horrific images that have trickled out of Yemen despite the four-day internet blackout are a jarring reminder of who is paying the terrible price for Western states’ lucrative arms sales to Saudi Arabia and its coalition allies,” said Lynn Maalouf, Amnesty International’s Deputy Director for the Middle East and North Africa.

“The USA and other arms-supplying states must immediately halt transfers of arms, equipment, and military assistance to all parties involved in the conflict in Yemen. The international community has a responsibility to close the gates to all arms sales that are fueling the needless suffering of civilians in the armed conflict.

“By knowingly supplying the means by which the SLC has repeatedly violated international human rights and humanitarian law, the USA — along with the UK and France — share responsibility for these violations.”

Amnesty International’s arms experts analysed photos of the remnants of the weapon used in the attack on the detention centre and identified the bomb as a GBU-12, a 500lb laser-guided bomb manufactured by Raytheon.

Since March 2015, Amnesty International’s researchers have investigated dozens of air strikes and repeatedly found and identified remnants of US-manufactured munitions. Amnesty International previously identified the use of the same US-made Raytheon bombs used on 21 January in a Saudi-led air strike carried out on 28 June 2019 on a residential home in Ta’iz governorate, Yemen, that killed six civilians — including three children.

In September 2021, the US House of Representatives passed a provision to its yearly defence bill ending US support for the SLC’s offensive operations and air strikes in Yemen, yet it was removed from the final bill that later passed into law.

US President Joe Biden has abandoned promises made after first taking office in early 2021 to end US support for offensive operations in Yemen, including arms sales, and to “center human rights in foreign policy” and ensure rights abusers “are held accountable.” Saudi Arabia and the UAE are apparent exceptions. Since November 2021, the Biden administration has approved sales of — and awarded US firms contracts for — missiles, aircraft, and an anti-ballistic defense system to Saudi Arabia, including a $28 million deal for US maintenance of Saudi aircraft in mid-January.

Among these was the approved sale of $650 million in missiles to Saudi Arabia, also from Raytheon, which Congress greenlit despite motions to block it. In December, the administration stated it “remains committed” to the proposed sales of $23 billion in F-35 aircraft, MQ-9B, and munitions to the UAE — despite strong human rights concerns. Continuing to arm the SLC not only fails to meet the US’s obligations under international law, it also violates US law. The Foreign Assistance Act and Leahy Laws both bar US arms sales and military aid to gross violators of human rights.

On 20 January, the Saudi-led coalition launched air strikes on the port city of Hudaydah, killing at least three children, according to Save the Children. Air strikes have also targeted a telecommunication building in Hudaydah, causing a nationwide internet blackout. Yemen was largely without internet access for four days, leaving friends and families out of touch and restricting people’s ability to access or share information on the situation.

Under international humanitarian law, all parties to the conflict have a clear obligation to protect the lives of civilians caught up in the hostilities, including detainees. The deliberate targeting of civilian objects and extensive, unjustified destruction of property are war crimes.

The coalition has denied targeting the detention centre in Sa’adah that was hit in the 21 January air strike. The United Nations described the attack as the “worst civilian-casualty incident in the last three years in Yemen”.

The conflict in Yemen has taken a devastating toll on civilians across the country. The people of Yemen have been exposed to unlawful practices by state and non-state armed groups alike, while violations of human rights and international humanitarian law, including war crimes, have been committed by all parties in the conflict throughout the nation.

The latest escalation in violence came after Huthi strikes on Abu Dhabi, UAE, on 17 January. On 23 January, a missile struck in southern Saudi Arabia, which reportedly injured two civilians. 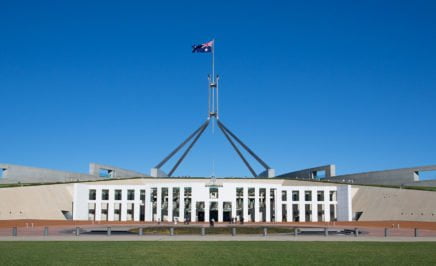