In 2016, #IndigenousDads and their children took to Twitter to combat racism against Indigenous fathers, and to share fond memories of their childhood. This Mother’s Day, Amnesty is handing the spotlight over to the much-deserving, hardworking #IndigenousMums.

We chat to 10 inspiring Indigenous women – who are achieving amazing things in their communities while simultaneously raising a family – who deserve an extra-special shout-out today, this day of celebrating our mums. Nova Peris OAM, a descendent of the Gidja, Yawuru and Iwatja peoples, describes herself as a proud ‘Kimberley Top End Girl’. She is a devoted mum of three children — Jessica, 27, Destiny, 15 and Jack, 13 — and has a grandson Isaac, who is 8.

In 2016, Nova announced her retirement from politics and now dedicates her time to supporting Victorian Aboriginal youth in sport and coaching her son Jack, who is an elite athlete. “I feel immense pride with Jack,” she says. “When Jack won the national 400m title, I was so choked up crying, I had to take five minutes to myself. The tears kept flowing. I knew he could win it. When you share a dream and belief with your children, it is really powerful.” Left to raise their daughters alone, Daniella says there were days she wanted to give up, but the constant support and love of her family gave her the strength she needed. “I remember finally giving myself permission to laugh,” she says, “and not just a giggle, a big laugh! It made such a difference to my girls.”

Now Family Rules has come to an end Daniella says, “[Family Rules] gave me an opportunity to reflect and I hope to continue to inspire and motivate other women. As a family we will continue to live our lives doing what we do best – and that is supporting each other.” Sasha is a Yamatji / Nyoongar woman, who provides care and support for women experiencing trauma and significant disadvantage in Adelaide. She’s a sole parent of the adorable Sienna, 4, and Connor, 9 months, and also the founder of Sasha Hill Aboriginal Fine Arts, where she creates art and jewelry and runs social groups for the Aboriginal community.

Sasha cherishes most her moments of laughing and playing with her kids. “My favourite time of the day is cuddling in bed reading books and talking about what we did and plans for the weekends,” she says. “My kids will know that their mother has worked hard to provide everything they need and that my job is to build a stronger and safer community for them.” 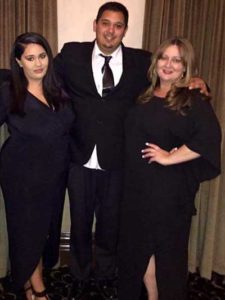 Ashlee Donohue is a Dunghutti woman born and raised in Kempsey, who now resides in Sydney. A proud mother and grandmother, Ashlee works to turn people’s lives around as a domestic violence and sexual assault advocate and CEO of Miss Ashlee Enterprise. “By using my own experiences, I can help empower all people to work towards ending violence in all its forms,” she says.

When reflecting on cherished moments with her children, Ashlee says, “I have many, but one that is really significant is when my son and his partner gave birth to my first grand-daughter – the emotion and pride of seeing my son cut the umbilical cord was overwhelming.

“It was significant simply because I never knew my father and my son’s father was not present for his birth either, so watching Joel cut the cord was literally cutting the cycle of fathers not being present. It still makes me want to cry just remembering it.” Sandra Creamer is a Wannyi / Kalkadoon woman from Mount Isa with a long history of advocating for Indigenous people. Sandra, an academic, lawyer and Amnesty International Australia Board member, is a mother of four and (a grandmother of six) and says she owes her successful career to the support of her children.

“I graduated as a mature age student and it opened the door to the international arena for me,” she says. “I managed to do this as a single parent without the support of anyone but my children and a few friends. It was my children who became the backbone of where I am today. We all could have thrown in the towel at times, but none of us did. We all believed in ourselves, each other and had faith, hope and dreams to achieve.” Jingili Mudburra woman and mother of four, Angela Sammon is truly an inspiration. She is a director of the Mona Aboriginal Corporation and co-founder of their Cultural Horsemanship Program, which provides culturally-appropriate healing programs for Indigenous youth in Mount Isa in Queensland, and dedicates her life to helping young people.

Growing up herself in foster care, Angela has been a foster parent to over 25 children in the region in the last 20 years.

“I am self-motivated with a passion to improve children’s lives, confident that respect and a gentle hand of kindness often help with their grief, loss and traumatic traumas,” she says. “I am always encouraging and trying to improve the mental health and wellbeing of our young people and families to engage with cultural activities on country, sports and community.” “My daughter, Jade, is 22 and I’m immensely proud of her,” says Channel 10 presenter Narelda Jacobs. “I will always cherish those long, squeezy hugs she could never escape from. Jade was the most gorgeous, vibrant little girl with huge cheeks I had to kiss.”

And we’re sure Jade is proud of her mum too. Narelda, who was born to a British mum and Whadjuk Noongar dad, was the first Aboriginal or Torres Strait Islander woman to anchor a leading Australian news channel. She also finds the time to mentor Indigenous youth, be a patron of the Motor Neurone Disease Association WA and an Ambassador for the David Wirrpanda Foundation, Breast Cancer Care WA and the Disability Services Commission. This Mother’s Day, young mum Amy McGuire, a Darumbal woman from central Queensland, will be doting on her 15-month old daughter and her nine-month-old niece. As a journalist, Amy helps raise awareness of Indigenous justice issues.

“The overincarceration of our people has had a devastating impact on Aboriginal families,” she says. “We need to look at the role of prisons in our society as a whole, and begin looking at a different form of justice.”

Amy recently moved back to her hometown to be closer to her family while she continues to write and raise her daughter. “I love watching my daughter grow and learning new things, but I especially love watching her dance,” says Amy. “She is so intuitive and she has so much rhythm already… much more than I’ll ever have!” Colleen, Wakka Wakka woman and mum of Bindi, 32, Toby, 22, Bizzy, 20, and Ashley, 16, jokes, “They are loud and annoying but a lot of fun. They fuss and fight sometimes but are a really strong, united team, they have been through a lot over the years, and they have learnt to rely on each other.”

Colleen, who has raised her children as a sole parent for 16 years, was diagnosed with an inoperable brain tumour in 2010 and has become an advocate for Aboriginal health and a support to others affected by cancer. “I found Aboriginal cancer is a void,” says Colleen. “No one gives you extra information, no one is there to help our mob with dealing with the problems that arise… I help with appointments, sit while people do chemo, listen and try to get the assistance that people need when cancer puts its claws in.” 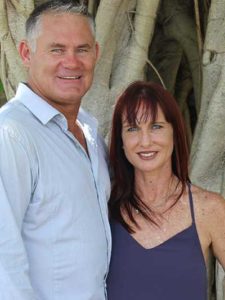 If there’s one person who deserves a shout-out for her amazing dedication to a cause, whilst running a (very) large family this Mother’s Day, it’s Eastern Arrernte woman Priscilla Collins.

Priscilla is a lawyer and the CEO of North Australian Aboriginal Justice Society (NAAJA), an organisation which provides culturally-appropriate legal and justice-related services to Aboriginal people in the top end of the Northern Territory. Oh, and Priscilla and her partner have 10 children between the ages of 7 and 26 and seven grandchildren (and are looking forward to the arrival of the eighth!). “My life is pretty busy with work, kids and their sports, but I love every day of it,” says Priscilla. 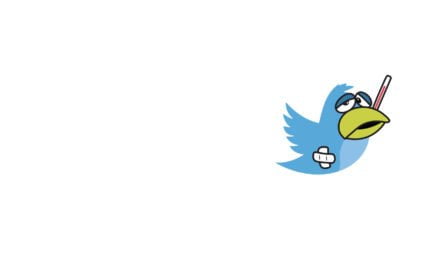 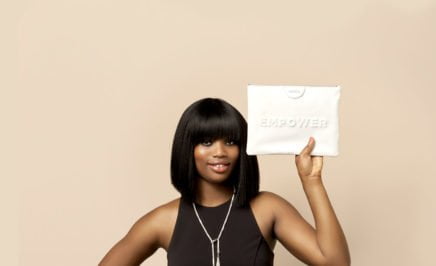 Four Aussie Mums who inspire us with their courage

The mother is everything – she is our consolation in sorrow, our hope in misery, and our...
Read More