Think signing petitions, attending rallies, and bugging your members of parliament doesn’t do anything? Here’s proof that it does – and this is just a teaser. Every day we hear incredible stories of hope overcoming adversity, and people just like you leading positive change, all around the world. Thank you for defending human rights!

The two put their own safety on the line to investigate the Myanmar military’s crackdown on the Rohingya people. While they were investigating the abuses, they were invited to meet police officers for dinner. The policemen handed Wa Lone and Kyaw Soe Oo some documents, and they were immediately arrested. They were sentenced to seven years in prison, just for doing their jobs. Thailand released Hakeem al-Arabi from detention on 11 February, after he had spent 76 days unjustly imprisoned in Thailand.

Following an unfair trial, Hakeem had been convicted of vandalising a police station in his home country of Bahrain (he had been playing in a televised football match at the time of the alleged offence). He found refuge in Australia in 2018.

Hakeem had travelled to Thailand on his honeymoon, only to be arrested and threatened with deportation back to Bahrain and certain danger.

Amnesty supporters mobilised worldwide to call on the Thai authorities to return Hakeem to his wife, friends and teammates in Melbourne. With Amnesty supporters working together with the Gulf Institute and other organisations, the movement to #SaveHakeem quickly grew: spanning three continents and more than 165,000 people, including football teams, Olympians and celebrities.

“Thank you all, you have given me big support to be strong. I love you all and thank you from the heart. Well done. We did it.” Vitalina had been attacked with paint at a 2018 International Women’s Day rally she’d organised, even sustaining chemical burns to her eye.

From the Czech Republic to Chile, Amnesty activists took action calling for those responsible to be held to account, and for Ukraine to protect Vitalina and activists like her. In February 2019 Amnesty staff met with the Ministry of the Interior and handed over 400,000 names in support of Vitalina. The Ministry confirmed that they were closely watching the investigation into the attack against Vitalina. Egyptian photojournalist Mahmoud Abou Zeid, also known as Shawkan, was released in early March after spending more than five and a half years in prison.

In 2013 Shawkan was imprisoned for photographing the Egypt’s police violently dispersing peaceful protesters at a Cairo sit-in. He faced the death penalty simply for doing his job as a journalist.

More than 43,000 Amnesty International Australia supporters demanded that the Egyptian authorities to release Shawkan and drop all charges against him, including some well-known Australian journalists. Years passed but Amnesty supporters didn’t give up; students at Amnesty’s Nordic Youth conference protested outside the Egyptian Embassy in Norway in 2017.

Finally, after more than five years of pressure, the Egyptian authorities released Shawkan earlier this year. In May, Pakistani woman Aasia Bibi and her family left the country to live in safety in Canada, after their lives had been threatened by violent mobs.

Aasia Bibi, a Christian farmworker, had been convicted of blasphemy and sentenced to death in 2010. Despite being acquitted of all charges by the Supreme Court in 2018, the Pakistani Government gave in to demands by a violent mob, stopping her from leaving the country and having the Supreme Court review its ruling.

Many Amnesty supporters worked to defend Aasia’s human rights – signing petitions and sending letters to the authorities to demand her death sentence be overturned, then asking that Aasia be safely resettled. In March the President of Kyrgyzstan signed into law the ratification of the Convention on the Rights of Persons with Disabilities (CPRD).

When Gulzar Dushenova lost her legs in a car accident she made it her life’s mission to ensure people with disabilities can live with dignity and move around freely. In 2018 Amnesty supporters joined with Gulzar and other disability rights advocate to call on the Kyrgyzstan Government to ratify the Convention – sending letters to Kyrgyzstan’s Government in support of Gulzar’s mission.

It worked – on 20 December, Kyrgyzstan’s Parliament made a first move towards ratifying the CPRD, before signing it into law on 14 March 2019.

“I am grateful for all the support and solidarity from so many of Amnesty International’s activists who care about our rights despite being from a different country.” After a 10-month ordeal, Saudi activists Iman al-Nafjan and Aziza al-Yousef were released on bail in March.

Shortly before lifting their ban on women driving in June 2018, the Saudi authorities detained several activists and imprisoned them without charge. Activists like Iman and Aziza, who had campaigned for women to be allowed to drive in Saudi Arabia, were put behind bars. Some of the activists were also tortured and sexually assaulted.

Amnesty activists all around the world mobilised, calling on Saudi Arabia to release the activists. In the United Kingdom, people held a ‘beep for freedom protest’ outside the Saudi Embassy. Activists also protested in France, Spain, Norway, Belgium, and the Netherlands. In Australia, people like you took action on International Women’s Day and helped us lobby the Australian Government to act.

It’s great news that Iman and Aziza are now free, however we are still demanding the release of other peaceful human rights activists in Saudi Arabia, including Nassima al-Sada.

Basuki Tjahaja Purnama, known as Ahok, was released from prison earlier than expected, on 24 January.

Ahok is a former governor of Jakarta and a Christian. He had been convicted of blasphemy against Islam and sentenced to two years imprisonment in May 2017.

Nearly 15,000 Australians signed an Amnesty petition for Ahok. On his release, Ahok’s supporters gathered outside the detention centre to greet him. After years of pressure from people across the globe, the Egyptian authorities released human rights defender Hanan Badr el-Din in April.

Hanan is the co-founder of the Families of the Forcibly Disappeared Association, which she founded after her husband disappeared in July 2013. Egypt’s authorities arrested her in May 2017, charged with belonging to a banned group and ordered that she be detained for 15 days. That 15 days turned into almost two years of pre-trial detention.

Amnesty action groups around the world mobilised for Hanan during Amnesty’s Write for Rights 2017 campaign, and over 500,000 people took action for her release around the world.

Golrokh had been imprisoned after writing an unpublished story about Iran’s practice of stoning. The story describes a young woman who watches the film The Stoning of Soraya M and becomes so enraged that she burns a copy of the Qur’an.

During her detention Golrokh alleges that she was subjected to hours of interrogation while blindfolded and that interrogators repeatedly told her that she could face execution.

Golrokh’s husband Arash and her good friend Atena, an anti-death penalty campaigner, are also imprisoned by Iran’s authorities, and we continue to call for their immediate release. 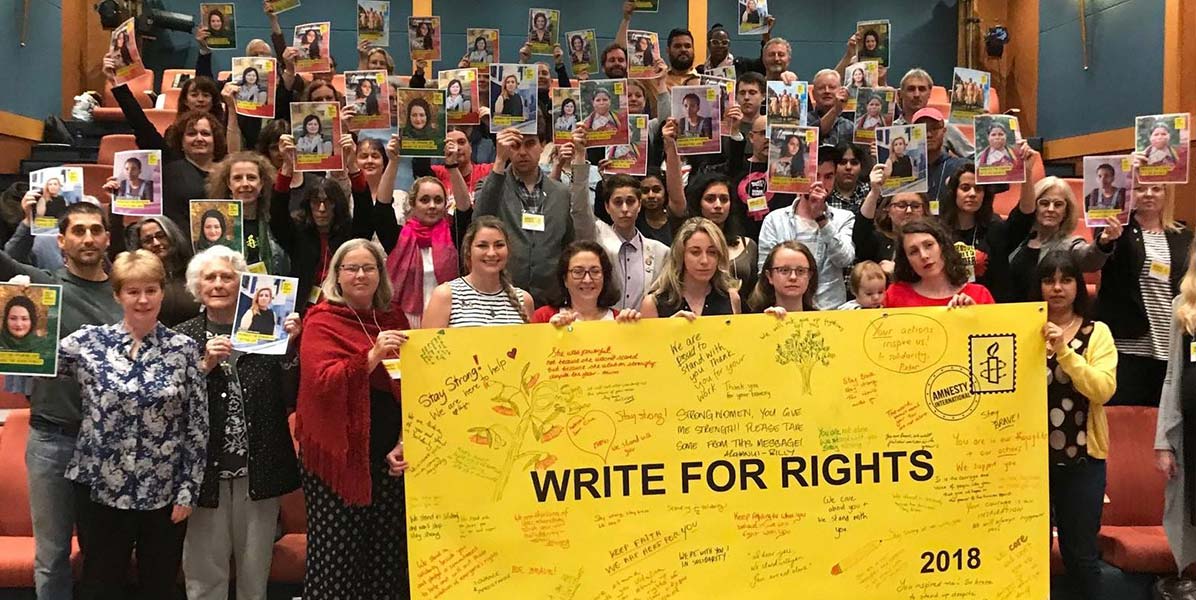 Tayseer was detained in Abu Dhabi in 2015 because of a comment he posted on Facebook criticising the United Arab Emirates and praising the resistance in Gaza. After Tayseer’s arrest, thousands of Australian Amnesty supporters called on the authorities to release him.

After Tayseer’s release, his wife said to Amnesty:

“You have been like a family to Tayseer and me. Thank you for your continuous support.”

Protest against the Myanmar military’s crackdown of ethnic groups in Rakhine State. © AI

On 29 March the authorities released activist Tin Maung Kyi earlier than expected, after he had served six months in prison.

Tin Maung Kyi had been imprisoned for staging a solo protest calling on the international community to arrest senior Myanmar generals. 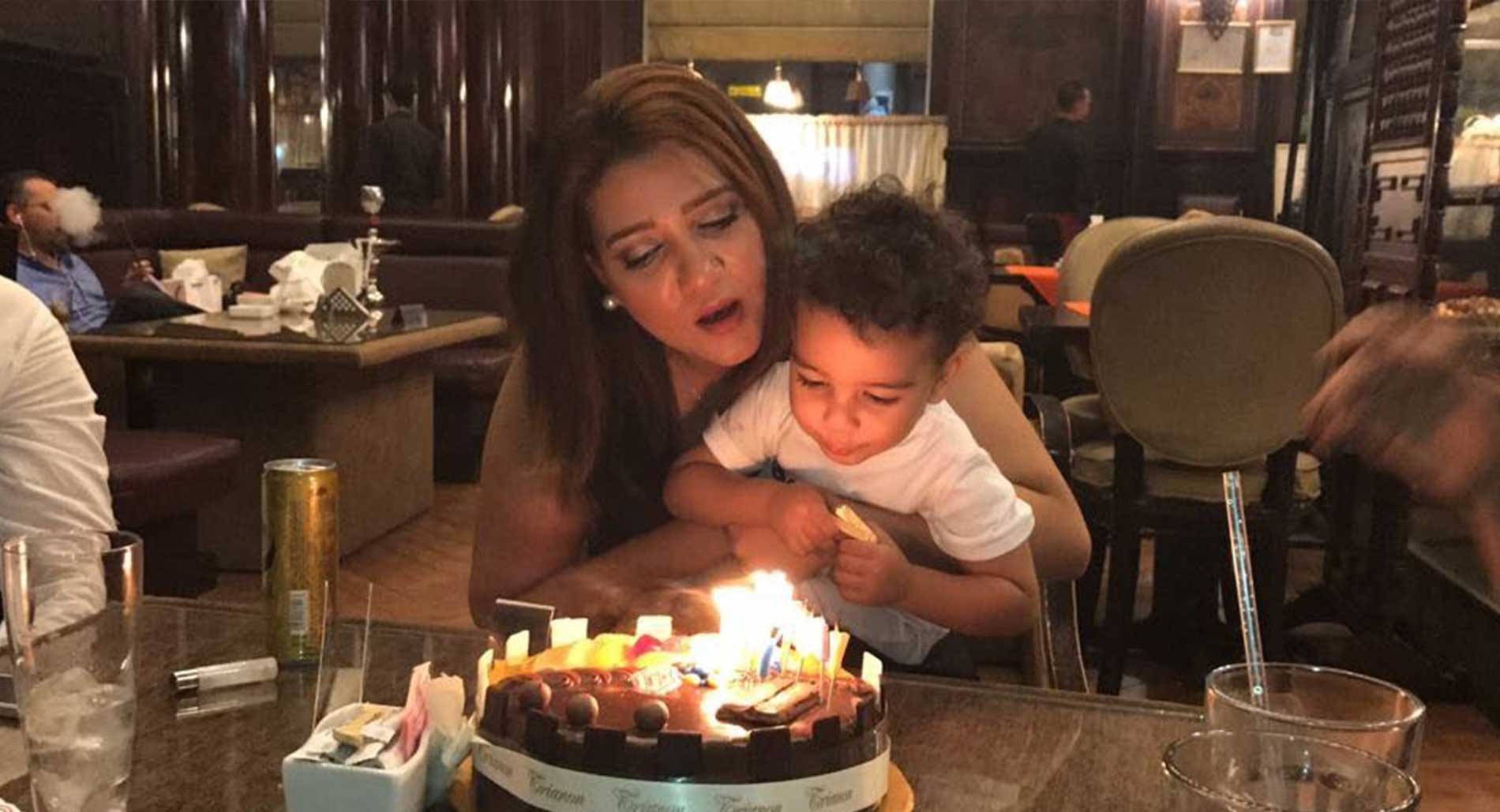 Amal Fathy and her son. © Private

After spending months in prison, activist Amal Fathy has now been released.

Egypt’s authorities imprisoned Amal in May 2018 after she posted a video on Facebook that criticised the government for failing to address sexual harassment. Shortly after posting the video, police raided Amal’s home in the middle of the night and detained her, along with her husband and young child. Her family was released, but Amal remained in prison.

Tens of thousands of people around the world demanded that Amal be freed, including hundreds of people in Turkey who all mailed letters to the Egyptian Government on Amal’s behalf. 14. Justice for Samir in Mexico

The Attorney General of the State of Morelos has opened a criminal investigation into the killing of Samir Flores Soberanes. Samir was shot dead in February at his home in Mexico. He had been a vocal opponent against a proposed power project, the Proyecto Integral Morelos. Mexico has also granted protection measures to several members of his movement.

After his death, thousands of supporters took to the streets of Mexico City to demand justice. In March 2019 we asked our supporters to sign a petition demanding the authorities conduct a ‘prompt, thorough and impartial’ investigation. 7351 actions taken by Amnesty Australia supporters were sent to the authorities in May.

After almost a year and a half behind bars, human rights defender Oyub Titiev has been released from prison in Chechnya.

Oyub was sentenced to 5 years in prison on fabricated charges. The Head of Chechnya had previously called Oyub and his colleagues “enemies of the people” and promised “to break their spine”.

Amnesty supporters, in Australia and around the world, mobilised for Oyub’s release during the 2018 World Cup. His case was featured during SBS’s World Cup coverage, and across the Australian media.

“I am grateful to everybody who supported me, without your help this release would not have happened. Once more, a massive thank you!” 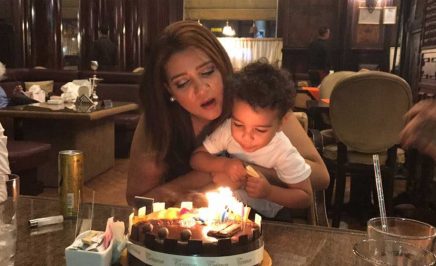 The referral to trial of Amal Fathy, an Egyptian activist arrested for posting a video online...
Read More