From Trump’s attacks on the media, to the record number of journalists currently languishing behind bars – not to mention those being tortured and killed simply for reporting on human rights abuses – our right to free speech is under attack.

Now more than ever, we value our right to a free and independent press and respect the extraordinary individuals who risk their lives to get the truth out there. Zoe Smith tells us six (of countless more) journalists worthy of our thanks and celebration this World Press Freedom Day.

Mahmoud Abu Zeid (also known as Shawkan) is an award-winning Egyptian photojournalist, arrested during Egypt’s anti-government protests in 2013. He has been detained in Cairo’s infamous Tora Prison for over 1,100 days without trial, and tortured throughout his detention.

In March 2016, Shawkan was charged with six offences, and as a result faces the death penalty.

In a letter from 2015, Shawkan wrote: “After more than 850 days in the black hole without fairness and justice, I am lost in limbo.” The last sentence reads: “KEEP SHOUTING, JOURNALISM IS NOT A CRIME”.

Reporters Without Borders have said “working as a journalist in Egypt has become as dangerous as openly demonstrating against the regime”. Latvian-Australian journalist Peter Greste was imprisoned in Cairo in late 2013 amid false allegations of aiding the Muslim Brotherhood, along with his two Al Jazeera colleagues. Greste, who had been covering Egypt’s political unrest, was landed a seven-year jail sentence despite there being no evidence to support the charge. His case was dropped in February 2015, and he was released after spending 400 days in prison (his colleagues were also later freed).

Greste has since used his profile to campaign for press freedom around the world.

“One of the things that’s made [Australia] one of the most stable and peaceful countries on earth is our robust democracy, founded on the principles of press freedom,” Greste told Amnesty. 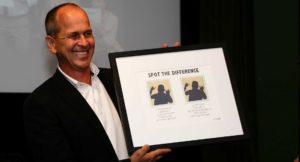 Indian journalist Santosh Yadav was arrested in September 2015, following accusations of having links with a Maoist leader, and involvement in a Maoist-led armed attack. He was held under the Chhattisgarh Special Public Security Act and the Unlawful Activities Act (both anti-terrorism legislations) but released in March 2017 after spending 17 months in jail.

Yadav has reported on a number of human rights abuses in Bastar and helped place family members of those arrested by state police in touch with free legal services. It’s believed his work to expose injustices in the area is what led to him being targeted by local authorities.

In a statement following his release, Yadav expressed his desire to continue to highlight the plight of tribals in his region.

“I want to devote my life to social service for the tribals of Bastar,” he said. “Working in Bastar as a journalist is very difficult and dangerous, but the voice of the tribals should reach out to the world.”

In December 2017, the men were arrested and detained without any access to lawyers, family or the outside world. For two weeks, no one knew of their whereabouts. They were then charged with possessing government documents with the intention of sending them to a foreign news agency.

The law under which they were charged is broad and vague and often used by authorities to silence dissent.

Journalists like Wa Lone and Kyaw Soe Oo face intimidation, harassment and even imprisonment for reporting on sensitive issues.

Join our call on the authorities to release Wa Lone and Kyaw Soe Oo immediately and to drop the charges unconditionally. Journalist, writer, and film producer Behrouz Boochani is an Iranian Kurdish asylum-seeker who has been detained on Manus Island since 2013. Boochani reported for a number of Iranian newspapers and co-founded the Kurdish magazine Werya, where he published articles on Kurdish culture and minority rights. The offices of Werya were raided in early 2013, forcing Boochani to flee Iran. He was later intercepted while attempting to reach Australia, and transferred to Manus Island.

While in detention, Boochani has documented his experiences from within the camp; posting articles (published in several newspapers, including the Guardian), taking photos, and filming on a small mobile phone. He has produced a documentary “Nowhere Lines: Voices of Manus Island” shot entirely from his phone, and continues to report on the human rights abuses happening inside the facility.

In 2017 Boochani won Amnesty International Australia’s award for print journalism for his series ‘Voices of Manus‘, featured in The Guardian and The Saturday Paper. Behrouz Boochani has been reporting from Manus Island © AI Authorities in Chhattisgarh must independently investigate the beating of eight prisoners,...
Read More

We watched in disbelief on Thursday the 23rd of November as authorities in Papua New Guinea sent...
Read More