At 8 am on 3 February 1967, Australia held its last execution. Ronald Ryan was led to the gallows and hung to death at Pentridge Prison, Melbourne. He was charged with killing a prison guard during an escape attempt. The emotion and anger over the execution contributed to Australia become an abolitionist county 18 years later. Sadly, it’s not the case for many of our neighbouring countries.

RONALD Ryan was the last man hanged in Australia but did not turn to crime until mature age. http://t.co/aKEs3rNHbA pic.twitter.com/zR3511zUBK

We all suffer as we bear witness

Brian Morley, a young journalist who didn’t have a strong view either way on capital punishment, was one of the 11 official witnesses to Ryan’s execution. In an emotional and chilling audio account to the ABC he said: “and it was just then I knew that they were going to kill him and the hangman leapt for the lever, and I couldn’t take it anymore, I closed my eyes.”

Mike Richards, author of The Hanged Man: The Life and Death of Ronald Ryan wrote in The Age how Ryan’s death deeply affected those who witnessed it. Former Pentridge prison governor Ian Grindlay, who stood beside Ryan as he was hung, “was deeply affected by the execution and his health suffered badly because of it. A devout Catholic, he would say a prayer for Ryan every day of his life until his own death in 1984,” wrote Richards.

Author and broadcaster Wendy Harmer remembered as a 11-year-old child the day Ryan was executed. In her personal story in The Daily Telegraph, she wrote of the humanity that’s at stake when we talk of reintroducing the death penalty anywhere in the world.

“Be thankful you can no longer be able to pull the lever or load the gun yourself. Be grateful you never have to look into the eyes of a condemned man. Many a brave soul has been undone by the experience. Ask yourself why.”

The days and hours leading up to Ryan’s execution saw waves of people marching in the streets in protest. At 8 am, across Australia, people held three minutes of silence as Ronald Ryan was hung.

The abolitionist movement had gained momentum, and in 1973 the federal parliament passed the Death Penalty Abolition Act 1973. State parliaments had been removing death penalty from their books since 1922 and in 1985, NSW became the last state to do so, making Australia an abolitionist country in law.

“Be grateful you never have to look into the eyes of a condemned man. Many a brave soul has been undone by the experience”

In 1990, Australia confirmed its opposition to the death penalty by ratifying the Second Optional Protocol to the International Covenant on Civil and Political Rights. This is a binding international commitment to never have capital punishment in their laws again.

And finally in 2010, the federal parliament passed the law that stops any state or territory from reintroducing capital punishment.

Global trend against the death penalty

Australia is one of 141 countries who are abolitionist in law or practise. There are 104 countries who have completely removed capital punishment from their laws, the most recent being our close neighbour Nauru.

This leaves a minority of 57 countries around the world who retain the death penalty. In our region this includes countries such as, China, Singapore, Malaysia and Japan – all of which have executed people in the past few months.

But what is one of our close neighbours thinking?

For 50 years, Australia has not executed anyone and capital punishment is no longer on our books. Yet one of our close neighbours, the Philippines, are considering reneging on their international commitment to never sentence anyone to death, let alone actually execute them.

The Philippines Government have vowed to push this draft law over the line, which would be a devastating blow for human rights. Join us now to stop this happening. How to get a seat on death row

Over a quarter of the world’s countries still retain capital punishment and its use is growing...
Read More 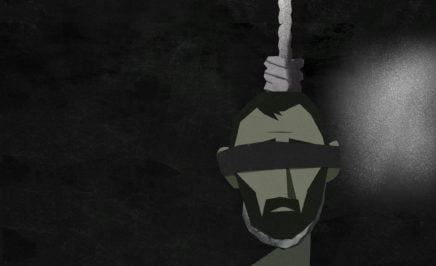