For a number of years we have been keeping supporters informed as to the progress of amending the Constitution for the benefit of Aboriginal and Torres Strait Islander people. There have been many discussions and consultations about this since then Prime Minister Julia Gillard announced a referendum with bipartisan support back in 2010, including ‘You, Me, Unity’, The Expert Panel, a Joint Select Parliamentary Committee and now most recently the Referendum Council.

On 30 June the Referendum Council released their final report to the Prime Minister and Leader of the Opposition, following a meeting of 250 Aboriginal and Torres Strait Islander delegates between 23-26 May for the ‘First Nations National Constitutional Convention’ (the Uluru meeting) to discuss constitutional reform, recognition and treaty. Check out our previous update for more detail on the Referendum Council and the Uluru meeting.

The first recommendation calls for a referendum to be held, to include in the Australian Constitution a representative body that gives Aboriginal and Torres Strait Islander peoples a voice to the Commonwealth Parliament. The report asks that the representative body be given a function to monitor the use of the heads of power in section 51(xxvi) (the race power) and section 122 (government of territories). The body will also recognise the status of Aboriginal and Torres Strait Islander peoples as the First Peoples of Australia.

Second, the Council recommended that all Australian Parliaments pass on the same day a ‘Declaration of Recognition’ as a symbolic statement of recognition to unify all Australians. The Declaration aims to bring together three parts of Australian history including the Aboriginal and Torres Strait Islander peoples, heritage and culture, British institutions, and multicultural unity. The recommendation also calls for the establishment of a Makarrata Commission with functions that include supervising treaty-making and the facilitation of a process of truth telling.

Former South Australian Senator Amanda Vanstone did not endorse the recommendations and wrote a dissenting report which indicated that more detail was needed on the proposal before she could recommend it to government.

The previous proposal to recognise Aboriginal and Torres Strait Islander people in the Constitution was rejected and now the Recognise campaign, which has been operating for five years with millions invested, has been abandoned.

Interestingly, the previous recommendations to delete section 25 (a power which enables races to be excluded from voting) and insert a new section 116A (a prohibition on racial discrimination) have not featured as recommendations in this recent report.

Responses to the report

The report was met with varying responses from political leaders with both Prime Minister Malcolm Turnbull, and the Leader of Opposition Bill Shorten promising to give the proposal ‘careful and thorough consideration’. At first, the Prime Minister stated the report was ‘short on detail’ and ‘a very big new idea’. Mr Shorten said the report’s recommendations were legitimate aspirations, and the government should not shy away from big changes.

The Garma festival was held between 4-7 August 2017 celebrating Yolngu cultural inheritance. During his address at Garma, Prime Minister Malcolm Turnbull highlighted the challenges of referendums, citing the failed 1999 referendum for Australia to become a republic. He indicated that the Council’s recommendations are still under consideration by Cabinet, and that Parliament’s approach would have to be bipartisan in order to be successful.

Opposition Leader Bill Shorten’s address showed support for the proposals: “I cannot be any more clear than this: Labor supports a voice for Aboriginal people in our Constitution, we support a declaration by all parliaments, we support a truth-telling commission.”

The report has received mixed responses from Aboriginal and Torres Strait Islander people. The existing national representative body, the National Congress of Australia’s First Peoples, welcomed the report and the enshrining of a representative body in the constitution soon after it was released. Tasmanian Aboriginal activist Michael Mansell argued the report is weak and should instead focus on treaty. On 9 August Aboriginal representatives involved in Empowered Communities from eight different regional areas across Australia called on the Prime Minister and Opposition leader to act quickly and support the recommendations.

The Government are still considering the Referendum Council’s recommendations, and need to will either adopt, reject them or suggest an alternative proposal. Opposition leader Bill Shorten has suggested that a Joint Select Parliamentary Committee should be established for this task.

We will continue to monitor the progress on constitutional reform and keep you informed. 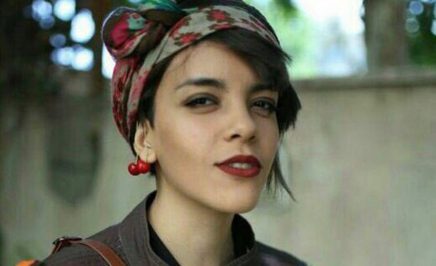