Ali al-Nimr was just 17 when he was arrested on 14 February 2012, a few months after taking part in anti-government rallies in Saudi Arabia. He was sentenced to death, despite being a minor when he was arrested and following a deeply unfair trial based on “confessions” he says were obtained through torture.

He now awaits his execution. His mother, Nassra al-Ahmed, tells their story.

When I first heard the verdict to execute my little boy, I felt as if a thunderbolt was hitting my head. It rendered me bereaved and rid of the most cherished and beautiful things I have.

His absence has exhausted my heart. My eyes shed tears automatically, yearning for him. I am overtaken by missing his angelic features. His smile never leaves my mind and memories prompt me to weep each time I see one of his pictures.

Everything that was beautiful

Before Ali’s arrest, my family led a normal life. He was a nice beautiful child who never ceased to become even more beautiful as he grew up. His beauty was prompted by his kind heart, love of others and beautiful morals. He loved everything that was beautiful; Allah, virtue, nature, sea, sun, trees and animals.

There is no place in Ali’s heart for despair. He has always been optimistic and smiling. He enjoyed reading and photography, and spent most of the day keeping, cleaning and feeding birds. He didn’t like to keep them inside the cage – he used to set them free to fly around the yard without anyone annoying them.

There is no place in Ali’s heart for despair. He has always been optimistic and smiling.

His father used to take him on his commercial travels and soon realized his son’s passion for travel and knowledge. He was always asking questions about the origins of the differences in food and costume between different peoples. He would even wonder about the differences between faiths. He used to say: “Christians worship God, Muslims worship Allah, so why are they different from each other?” I wept and cried when he was taken, but never expected that I would go on crying and weeping for four long years. He was taken from the warmth of our home and forced to be detained in the freezing cold of dark prisons. He was absented from his house and loved ones to taste the bitter insipid taste of life in prison cells.

No situation was more painful than when I saw my son in prison. I was yearning to see him, but I had to turn my face because I did not recognize him. He did not have his shape, or his voice, because he had been tortured.

No situation was more painful than when I saw my son in prison. I was yearning to see him, but I had to turn my face because I did not recognize him. He did not have his shape, or his voice, because he had been tortured.

He didn’t need to tell me what had happened because his face, hands, feet and body spoke on his behalf. Wounds and swollen bruises were clearly visible on his body. He was weak and wasted as well as very evidently yellowish and frail. All of this was a result of being kicked and beaten.

With Ali’s absence, I miss many things and many things in life miss him as well. They miss his presence and generosity. Everything in the house misses his touch, passion and kind heart.

Every time I weep, I imagine Ali wiping my tears and patting me on the head, telling me: “Don’t cry mom, do not make my heart sad”. I used to wait for daylight at night, but now I can no longer tell days from nights; they have both collapsed into darkness. I have headaches each night and insomnia has taken control to the extent that I now hate the time night falls.

Ali is life, and life cannot flourish without him; he brings life to space and pulse to time. He is the light without whom life is not beautiful in our eyes.

Ali is life, and life cannot flourish without him; he brings life to space and pulse to time. He is the light without whom life is not beautiful in our eyes.

I plea to all people of humanity to appeal to the officials to release my son. He should be free to live the life he aspires for as a young man full of ambition and the desire to give. At the least, they should give him a retrial that is public and fair and in accordance with international standards. It should be based on evidence rather than trumped-up charges.

I am more than sure that my son is innocent. And I still have rigorous hope that never wanes despite the difficulties and challenges. This hope shall materialize; Ali will regain his freedom and he shall emerge more optimistic and giving than ever before.

Despite everything, Ali’s morale is high, thank God. He says: “I am a man who lives on hope. Should it materialize, I will be thankful to Allah. If it does not, I will live happily on such hope.” Likewise, I, his mother, live on hope, for what my son believes is the sound choice, so that life can go on. 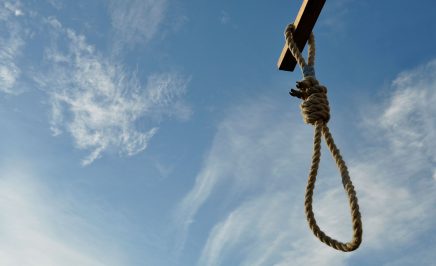 Saudi Arabia will have put to death more than 100 people in the first six months of this year if it...
Read More Has the government put human rights at the heart of its decisions?

In 2019, Australians elected their next government. In the leadup to the election, Amnesty...
Read More