Prime Minister Malcolm Turnbull has said that addressing the over-representation of Indigenous children in Australia’s detention centres nation-wide is a “top priority” as he finalises the terms of the Royal Commission into the abuse of children in detention in the Northern Territory.

He has also committed to making sure that issues of youth detention child protection are on the next agenda for the Council of Australian Governments (COAG).

The Four Corners exposé of horrific abuse at Don Dale youth detention centre in the Northern Territory has helped to highlight the significant over-representation of Indigenous children in detention in Australia. The boys on Four Corners showed great courage in sharing their stories, and now we need to show them that we stand with them. 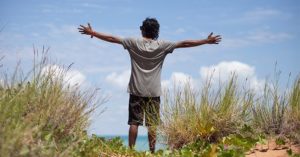 Within hours of the footage going to air, Malcolm Turnbull called a Royal Commission into the situation in the Northern Territory. This is a great start, but we must demand more – not only for Dylan Voller and the other boys who were brutalised at Don Dale, but for all of the kids who are still trapped in the system.

In response to the Four Corners segment, Indigenous people and their supporters across the country pointed out that this is a national issue that demands national leadership. All children in detention must be protected, and more importantly, we need to put a stop to so many Indigenous children ending up in detention in the first place.

Local and national Indigenous organisations have been working on this issue for many years, however progress has been difficult without national leadership. The government needs to hold the states and territories to account, and work with them to ensure that Indigenous children are supported in the community rather than detained in prisons. So the PM putting this on the COAG agenda is a hugely important step!

What I intend to do is at the next COAG meeting, is make sure that these issues of youth detention child protection are on the agenda for COAG because it is obviously an issue that applies in every jurisdiction…clearly concerns have been raised about what is happening in other jurisdictions, in Victoria where you are, in NSW and Queensland and Western Australia and so forth.

But I think it’s important that the Heads of Government – the Chief Ministers and Premiers, discuss that at the next COAG.

What did Amnesty do?

Amnesty supporters across the country did some great work in the lead-up to the 2016 federal election calling for COAG to implement national justice targets. Building on these foundations and in the wake of the Four Corners episode on abuse in detention, supporters and staff around the country have reinforced their calls for national action to stop the abuse of children in detention.

We’ve been working to keep the focus on the bigger picture, which is that too many Indigenous kids are in detention too often and for too long – an issue that national leadership has so far failed to address.

We’ve continued to call on the government and opposition to introduce national justice targets.

Politicians have let Amnesty’s Government Relations team know that our voices are being heard.

Politicians have let Amnesty’s Government Relations team know that our voices are being heard.

Individuals and local groups across the country have mounted pressure on the government to tackle this issue, and the Four Corners episode shining a national spotlight on the issue was a real tipping-point for decision-makers.

Where to from here?

The Royal Commission into abuse in the Northern Territory is an important announcement to ensure that no kids in the NT have to go through the disgusting abuse that those boys went through. Having youth detention on the COAG agenda to elevate this issue to the national priority it deserves to be is a hugely important step to protect children across Australia.

Now we need to make sure that ending the abuse stays on the agenda. State and federal governments need to work together on a national plan to end the over-representation of Aboriginal and Torres Strait Islander children in detention within a generation.

We need to keep the pressure on our Federal MPs, so that the courage that it took these children to speak out against their horrific abuse in detention can lead to lasting national change. 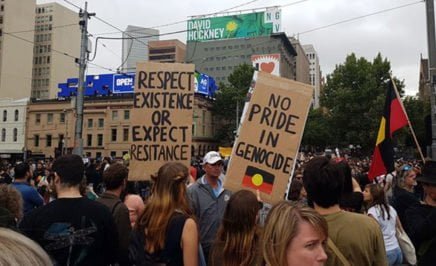 Campaign update: Community is Everything

Since we launched our Community is Everything campaign, more than 115,000 people in our Amnesty...
Read More

Prime Minister Turnbull’s announcement of a Royal Commission into the conditions in Northern...
Read More