By shutting their borders, European leaders have trapped thousands in a humanitarian crisis in Greece – and they could easily fix it. The humanitarian crisis is worsening in places such as the Greek border crossing of Idomeni, where up to 13,000 refugees and migrants have been stranded. © Amnesty International/Fotis Filippou

Among the olive groves on some of Greece’s beautiful islands there are barbed wire fences.

At least 6,000 asylum-seekers have been locked up here since a new EU plan kicked in on 20 March. Some have already been deported back to Turkey, while many more anxiously await the same fate.

We met some of them recently: six-year-old Sham, whose house in Syria was bombed. Masih, who ran from the Taliban because he’d worked for the UN. And Suzan from Iraq, who very nearly gave birth in a tent in an Athens ferry terminal.

But they aren’t the only ones trapped in Greece. Another 46,000 people are stuck in often filthy, overcrowded sites across the mainland. They’re in limbo because they arrived after Greece’s northern border was shut in early March, and before the EU-Turkey deportation deal came into force.

All are caught up in a crisis that can only be solved by those who caused it in the first place – European governments.

Sham is a slight, six-year-old girl from Syria, one of the youngest in a big, friendly extended family travelling together from Damascus.

While Sham fled from the bombs that destroyed her house and took the terrifying trip to Europe by rubber boat, European governments decided to turn their backs on people like her. On 8 March, they closed their borders completely.

Instead of travelling north to join her dad in Germany, Sham got stuck on the dirty floor of a smelly ferry terminal in Piraeus, the main Athens port.

After everything they’d been through, her beautiful family still smile and joke. But the tears are not far away.

After running around and playing with her cousin, Sham suddenly collapses in tears. “She misses her grandmother in Syria,” her mother Zeinab explains, as she cuddles her daughter and cries a little too. “And we have nowhere to rest.” One thing is clear: Greece simply can’t care for everyone trapped there. Sham’s family were among thousands forced to sleep on hard floors or in tents outside during freezing cold nights.

When we visited Piraeus in mid-march, there was no hot water, and rubbish was piling up. Doctors reported bed bugs, head lice and allergic reactions from not being able to wash. Kids, including Sham, got fever and diarrhoea.

An impressive volunteer operation was in full flow, as in so many other parts of Greece. Hundreds of people and a few humanitarian organisations were organizing anything from cleaning and hot food to kids’ activities, legal advice and medical help.

But with little or no official state support, they couldn’t control the chaos. By 11 April, there were 4,500 people stuck in a ferry port designed for tourists, not a humanitarian emergency.

The authorities are now pushing refugees to leave Piraeus for camps across Greece. But no one yet knows if the situation there will be any better. Sheltering inside the terminal hall (pictured), in tents outside blankets on the open road, are over 1,000 mainly Syrians and Iraqi refugees © Amnesty International / Olga Stefatou

Turned back at the border

One such camp, Elliniko, used to be Athens’ international airport. “It’s a total mess,” said Masih, 30, from Afghanistan, in his excellent English. He fled after being threatened by the Taliban because he had worked for the UN and NATO.

“Everybody is sleeping on the floor in the old terminal hall,” he said. “The toilet is so dirty. There’s no space for families. I don’t sleep in there – it’s smelly.”

Stressed and frustrated, he says he was the first Afghan to be turned away at Idomeni, Greece’s northern border with Macedonia (the former Yugoslav Republic).

Idomeni was the main gateway to northern Europe for refugees last year. Since the border closed, it made global headlines for being a particularly awful bottleneck. Around 10,000 tired, destitute people are still sleeping rough there in freezing cold, muddy fields. The Greek border crossing of Idomeni, where up to 13,000 refugees and migrants have been stranded © Amnesty International/Fotis Filippou

Masih camped out in Idomeni for eight days, before returning to Athens. “If they don’t open the border I will apply for asylum in Greece,” he says. “I don’t want to go back [to Afghanistan] – it’s not safe.”

But Greece’s asylum was at breaking-point even before the crisis hit. A massive queue means Masih hasn’t even been able to register as an asylum-seeker yet. He lives in terror of being deported.

For others, applying to seek asylum in another country – as part of the EU’s relocation programme – offers a distant glimmer of hope, even if they can’t choose where to go.

Suzan, a Kurdish mother of two little boys, was heavily pregnant and in pain when we met her in Piraeus. She fled Iraq with her husband Abdalsalam, both 27, after his brothers were killed and he received threats.

But instead of reuniting with Suzan’s father in the UK, they got stuck in a flimsy red tent. “We have no home and no country,” said Abdalsalam, his eyes welling up. Suzan, a Kurdish mother of two is on the brink of giving birth © Amnesty International / Olga Stefatou

Their new baby boy has since arrived safely, and the family has been housed by a local charity while they apply for relocation – one of a few possible ways out of the Greek refugee trap.

Relocation sounds good on paper: last September, EU countries pledged to help Greece out by sharing responsibility for 66,400 asylum-seekers. But they’d only accepted 615 people by 11 April, according to the European Commission.

The reason is simple: a complete lack of political will.

If European governments devoted the same amount of effort to protecting human beings as they are to locking people up and deporting them to Turkey, they could easily fix this crisis.

For example, they could offer visas to people like Sham, Masih, Suzan and Abdelsalam, reunite them with relatives already living in other EU countries, or relocate them abroad to process their asylum applications abroad.

Where there’s a will, there’s a way: Portugal, for example, now says it will open its doors to 10,000 refugees – a shining example of what’s possible if governments focus on finding solutions, instead of locking their gates and turning away. 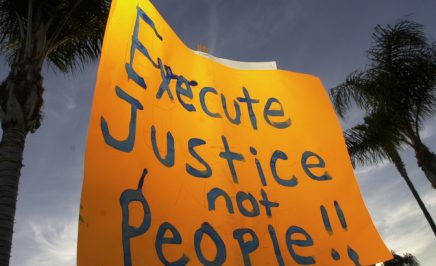 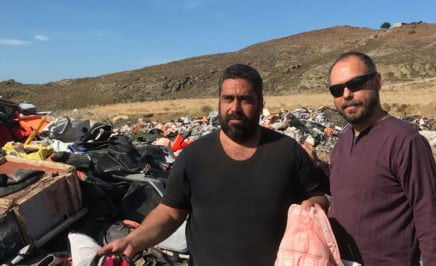 Shining a light on the best and worst of humanity

I have just spent a week in Greece and Italy — two countries that have become the gateways to...
Read More