“The Department of Home Affairs must provide an explanation for why Farhad was moved so abruptly and seemingly without personal belongings.

“Farhad has been a vocal advocate for the rights of the refugees and asylum seekers detained in the Mantra and we’re seeking assurances from Home Affairs that he was not removed in this manner as punishment for advocating for his basic human rights,” Dr Thom said.

“There are solutions readily available to safely house people in the community which the Government has no logical argument to further delay. It’s especially confusing that someone would be removed to the MITA when this community accommodation is accessible right now,” Dr Thom said.

Amnesty along with respected infectious diseases expert Dr David Isaacs have raised serious concerns about the welfare of people detained in APODs such as the Mantra in Melbourne and Kangaroo Point in Brisbane where social distancing protocols are impossible.

Amnesty also has grave concerns for 1400 refugees in Australia’s immigration detention regime and for hundreds of refugees and asylum seekers still trapped in Australia’s offshore detention system in Papua New Guinea and Nauru..

“The refugees in PNG and Nauru exist in a vacuum where they are unable to work and don’t have access to healthcare. With a healthcare system which would be cripled by COVID-19, we’re hearing reports the refugees there are terrified of what it could mean for them if there was an outbreak.

“While the Australian community comes together in solidarity to confront this pandemic, that support must extend to the refugees and asylum seekers in our care,” Dr Thom said. The City of Sydney, the Asylum Seekers Centre and Amnesty International Australia are coming...
Read More 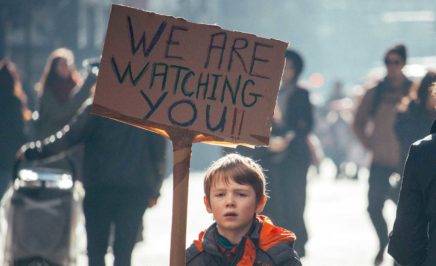 Amnesty International welcomes the opportunity to provide this submission to the...
Read More