While 2016 had more than its fair share of setbacks, thanks to you, we’ve found a lot to be positive about. This year, you helped us free more than 650 people from unfair imprisonment. We helped change laws in 40 countries. We helped convict war criminals. We helped teens stay out of adult prisons and we saw positive steps towards the abolition of the death penalty. Here are 25 reasons to celebrate.

Your actions helped release more than 650 people this year, including:

1. Dolma Tso, China – Dolma, a 30-year-old Tibetan woman who was imprisoned in 2013 for helping a neighbour, has this month walked free. In 2015 Dolma was at risk of undergoing a forced medical procedure she didn’t need, but thanks to Amnesty supporters, she has left prison unharmed. Dolma’s brother, who lives in Australia, said: “Thank you for taking action on behalf of my sister Dolma Tso. Because of the actions taken by supporters, the Chinese government could not proceed with a medical surgery that they intended against my sister’s wishes.” 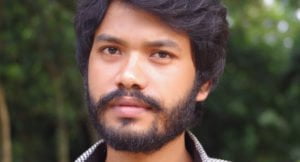 2. Dilip Roy, Bangladesh – In August, Dilip Roy, the General Secretary of his university’s peaceful student movement, was arrested for two Facebook posts criticising the Prime Minister’s support for a coal-fired power plant. He was facing up to 14 years in prison, but thanks to those of you who took action, Dilip has now been released on bail and will be resuming his studies.

3. Father Ly, Vietnam – After years of campaigning by Amnesty International activists and supporters, pro-democracy activist and Catholic priest Father Nguyen Van Ly was finally released from prison in May, months before the end of his sentence. He was facing charges for ‘conducting propaganda’ against the state. Here in Australia, we have been campaigning for Father Ly since 2003. Globally, countless Amnesty supporters took action for Father Ly – particularly when he was in need of urgent medical care.

4. Rosmit Mantilla, Venezuela – In November, Rosmit, an LGBTI activist and MP, was released after spending more than two years in pre-trial detention on charges linked to anti-government protests in 2014. Amnesty followed his situation closely and campaigned for both his release and for him to receive urgent medical treatment. Shortly before he was released, he received this medical treatment. Rosmit thanked Amnesty International activists for their ongoing support:

“Thank you so much, really. This is not over, it is just the beginning.” 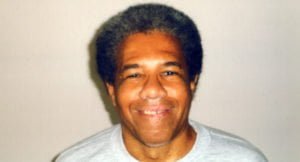 5. Albert Woodfox, USA – Albert was finally released this year, having spent over 43 years in solitary confinement in a Louisiana state prison. Hundreds of thousands of supporters worldwide called for his release as part of Write for Rights.

“I can’t emphasise enough how important getting letters from people around the world is. It gave me a sense of worth. It gave me strength – convinced me that what I was doing was right.”

6. Mazen Mohamed Abdallah, Egypt – 14-year-old Mazen had been raped by security officers bent on extracting a confession. Amnesty was the first to break the story, sparking broad media coverage that prompted his release from detention. “There are no words that could be said to express my gratitude and thanks to Amnesty International for getting my son back to me,” said Mazen’s mother.

“There are no words that could be said to express my gratitude and thanks to Amnesty International for getting my son back to me.” 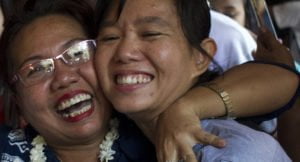 “Thank you very much each and every one of you. Not just for campaigning for my release, but for helping to keep our hope and our beliefs alive.”

8. Maria Teresa Rivera, El Salvador – 33-year-old Maria, who had been sentenced to 40 years in prison in 2011 for suffering a miscarriage, walked free in 2016. Thousands of Amnesty activists wrote letters urging El Salvador to stop criminalising abortion.

“I am very grateful to every man and woman who has been following my case, with that lighted candle, and who hoped that I would be free.” 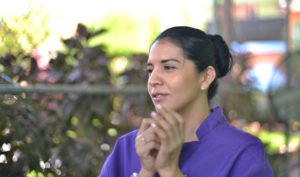 9. Yecenia Armenta, Mexico – Detained in 2012, Yacenia was beaten, near-asphyxiated and raped until she was forced to “confess” to involvement in her husband’s murder. During Write for Rights, over 300,000 actions were taken for Yecenia – letters, petitions and emails – of which 11,000 were from Australia.

“When I receive all these letters saying that I’m not alone, it makes me feel great. And I think: ‘Yes, it’s true, I’m not alone’.”

10. Belén, Argentina – Belen was from released pre-trial detention in August, one month after Amnesty International handed over more than 120,000 petitions to local authorities in Argentina, urging for Belén to be released. Australia contributed over 8,000 signatures. The 27-year-old had been sentenced to eight years in prison after having a miscarriage. A final decision on her sentence is still outstanding. 11. Fred Bauma & Yves Makwamba, DRC – Two youth activists, Fred and Yves from the Democratic Republic of Congo (DRC) were released at the end of August after as amazing 170,000 people took action for them as part of Write for Rights 2015. In Australia we sent letters and petition signatures to the DRC authorities and over 100 solidarity messages, letting them know we were supporting them.

“I thank Amnesty International and all those who fought in one way or the other for my release. I look forward to seeing my family and friends to continue the fight for democracy and freedom in my country.”

fred, on his release

Your support helped us make groundbreaking exposés that transformed lives: 12. Progress was made for Indigenous People’s rights – History was made following concerted campaigning and the release of our report on Indigenous youth justice in Queensland, Australia. After five decades of injustice, 17-year-olds will no longer be held in adult prison or tried as adults, in line with international law. This means that children, and particularly Indigenous children, who are 22 times more likely to be in detention, will have more chance at rehabilitation.

“Today, over five decades of injustice are coming to an end”

13. Over 290 people freed from abusive detention in Iraq – In May, we gained rare assess to a makeshift holding centre in Iraq. There, we found some 700 people, some as young as 15, held without charge in horrendous conditions. We swiftly publicised our findings, gaining widespread media coverage. This – coupled with a vital meeting with the Prime Minister of Iraq – resulted in the release of 293 of those people.

14. 100 people removed from horrific conditions in Nigeria – In May, we exposed the deaths of more than 149 people – including 11 babies and children – in a Nigerian military holding facility. Their deaths were likely caused by starvation, dehydration and disease. Approximately 100 detainees were released from the barracks immediately following publication of our report. 15. The Plebiscite is blocked in Australia – The Federal Government’s bid to hold a plebiscite on whether to legalise same-sex marriage was defeated in the Senate in 2016. Now that the plebiscite is off the agenda, we have an opportunity to achieve this reform without treating lesbian, gay, bisexual, transgender, queer and intersex Australians as though their right to equality is dependent on a majority vote.

16. The government announces the imminent closure of Manus Island detention centre – In August, Immigration Minister Peter Dutton announced that the Manus Island regional processing centre would close. In 2013 our team of investigators visited Manus Island where we documented patterns of deliberate abuse at the hands of the Australian Government. “While welcoming the news that the centre will close, Amnesty International urges the Australian Government to bring those currently held there to Australia,” said Anna Neistat, Amnesty International’s Senior Director for Research.

You helped us challenge sports governing bodies and bring war criminals to justice: 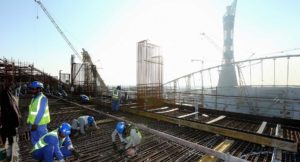 17. FIFA announces independent committee – In March we exposed the exploitation of migrant workers building a stadium for the 2022 World Cup football site in Qatar. Following our report, two companies returned passports to workers and one company was suspended for six months. FIFA said it would set up an independent committee to monitor conditions at 2022 World Cup venues.

18. Chad war criminal convicted – In a landmark ruling, former president Hissène Habré was sentenced to life for crimes against humanity, war crimes and torture committed in Chad between 1982 and 1990. Among other evidence, the prosecution relied on Amnesty reports as well as the expert testimony of a former Amnesty staff member.

You helped save lives:

19. Iranian teen spared execution – Alireza Tajiki was saved from the gallows thanks to a global outcry condemning his imminent execution. He was scheduled to hang on 15 May 2016, but with Amnesty staff lobbying hard and activists tweeting the authorities to #SaveAlireza, the execution was called off 20. A 10-year-old Syrian girl gets life-saving surgery – Following international pressure from Amnesty supporters and others, a seriously wounded 10-year-old Syrian girl was successfully evacuated from the town of Madaya on 13 August for urgent surgery. Ghina Ahmad Wadi had been shot in the leg by sniper fire from a Syrian government forces checkpoint when going to buy medicine for her mother. 23. Progress on curbing torture – Your campaigning efforts led to several countries taking progressive steps to ending torture worldwide: Guinea made torture a crime; Togo aligned its law with international standards and in a historic ruling on police torture in the Philippines, the first conviction under the 2009 anti-torture law was made. In this case, a police officer was convicted of torturing bus driver Jeremy Corre, who had spent more than four years in prison and suffered horrific torture. Amnesty International Australia worked for Jerryme as part of Write for Rights 2014, where almost 70,000 global actions called for those responsible to be brought to justice.

24. Cluster bombs on hold in Saudi Arabia – People around the world joined our campaign to highlight the devastating impact of UK, US and Brazil-made cluster munitions by the Saudi Arabia-led coalition in Yemen. The USA has since placed a hold on the transfer of cluster bombs to Saudi Arabia, while the UK government said it was seeking “fresh assurances” from the Saudi government.

25 Poland – women force U-turn on proposed abortion ban – Women and girls flooded the streets in unprecedented numbers in October to protest against a proposed ban on Poland’s already highly-restrictive abortion law. Women went on strike to show their collective fury at the proposals, and thousands of people, including Amnesty supporters, sent through messages of solidarity. Ultimately, the government backed down – a historic victory for women’s rights in the country.

In a year of so many uncertainties, we found one thing we could be certain about: change happens when we take action together.