As our nation’s politicians head back to Canberra Amnesty International is calling for immediate action to solve the horrific mess that is Australia’s offshore detention regime.

“Prime Minister Malcolm Turnbull and Opposition Leader Bill Shorten must stop gambling with 2,200 people’s lives. Now is the time to put people before politics and come up with an immediate solution to protect the men, women and children the Australian Government has warehoused for years on Nauru and Manus Island,” said Ming Yu Hah, Refugee Campaigner at Amnesty International Australia.

“Amidst the political gambling, blame shifting and focus on international phone calls, one thing is crystal clear: offshore detention has hit the end of a very bloody and abusive road.”

“Amidst the political gambling, blame shifting and focus on international phone calls, one thing is crystal clear: offshore detention has hit the end of a very bloody and abusive road. The very fact of the USA deal demonstrates the Australian Government knows Nauru and Manus Island are not tenable.”

Amnesty International is urging the Australian Government and Opposition to form a bipartisan commitment to immediately evacuate the camps and bring these people to safety in Australia.

Australia’s abusive policies continued to result in multiple human tragedies while the Parliament has been in recess over the summer:

Faysal Ahmed, a 27-year-old Sudanese man, died on Christmas Eve in a Brisbane hospital. Faysal had been suffering heart and other health problems for more than six months before his death, and transferred to Brisbane from Manus Island, shortly before his death but it was too late.

A heavily pregnant woman was put through unnecessary fear and distress following delays to bring her to Australia for the urgent medical care she needed for complicating factors in her pregnancy.

A young Iranian refugee whose wellbeing remains of concern to Amnesty International is currently being held in a police cell in PNG after being forcibly deported from Fiji on Friday. Loghman Sawari fled Manus Island and sought asylum in Fiji on 28 January.

“We cannot wait for another tragedy, another loss of life until our Government and the Opposition are spurred into action. Even if the agreement with the USA goes ahead, it may take years for the process to be completed and the deal was never going to resettle all of the refugees”, said Ming Yu Hah.

“The Australian Government has spent countless years spinning in circles frantically trying to pass the buck. It now finds itself back to the starting point, which is, when vulnerable people flee war and persecution and come to Australia for its protection, our Government actually has a responsibility to protect, rather than implement its current model of intentional harm and torture.

“No more excuses, the plight of those on Manus Island and Nauru has become even more desperate. Australia cannot expect others to clean up the mess it created by these cruel policies; it must finally accept responsibility for refugees on Nauru and Manus and bring all people here to safety immediately.” 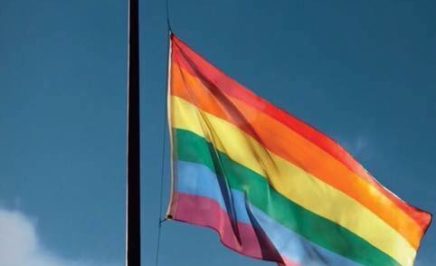