Channeling one of the calls from our Community is Everything campaign, the NT Government has announced $18.2 million dollars in new funding including for community organisations to run diversion programs that help keep kids out of the justice system.

In the wake of a horrific exposé last year of conditions for children in Don Dale Detention Centre, Amnesty called on to governments to dramatically increase funding for such programs, including Indigenous-led programs in particular. This recent announcement is a great first step to help keep children safe in the NT and we welcome it. 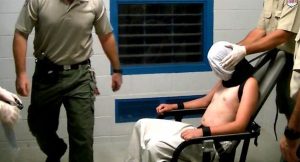 In July 2016, the whole country bore witness to footage of human rights abuses against children at Don Dale Detention Centre aired in an exposé by ABC’s 4 Corners. The program highlighted the depth of the youth justice crisis in the Northern Territory and immediately sparked a Royal Commission into the Protection and Detention of Children.

In the immediate aftermath of the exposé, Amnesty International called for an independent investigation and measures to prevent children in the justice system from harm. Our local activist group in Darwin led a vigil at Don Dale Detention Centre, and we were prominent in the media with calls for territory and federal governments to take action.

One of our calls was for the Federal Government to improve independent oversight by ratifying the Optional Protocol to the Convention Against Torture (which was recently done – win!).

In the lead up to the Northern Territory election in August, we supported the calls of local Aboriginal organisations and the Making Justice Work coalition, that whoever came to power must act swiftly to protect children from further harm and ensure that the justice system better supports children to keep them out of detention.

We also reiterated that the Northern Territory Government should “heed the calls of the local Making Justice Work coalition to urgently prioritise reducing the number of children it currently imprisons. This coalition has drawn on local expertise to set out priorities to make this happen. These include:

Since then, we have welcomed the appointment of the NT’s first-ever Youth Justice Minister and offered them our expertise and recommendations around Indigenous-led solutions for brighter futures. We also welcomed a ban on the indefensible use of restraint chairs on children in detention in the territory. Amnesty volunteers and staff at the launch of the Community is Everything campaign and report on high rates of detention of indigenous youth in Australia. © AI/Richard Wainwright

While there is a lot of work still to be done and some of that work must await the report of the Royal Commission, the announcement of this crucial funding demonstrates the desire of the new government to ensure that children reach their full potential.

We need to see this type of approach across all states and territories. We need to see more support for Indigenous-led solutions to help children to thrive.

The Royal Commission is due to hand down its final report on 1 August 2017, which will be a critical time to ramp up pressure on the Prime Minister to ensure that a national strategy is developed to end the over-representation of Aboriginal and Torres Strait Islander children in detention right across Australia. This is an issue that demands national leadership, much more support for Indigenous-led solutions and a plan for lasting change. 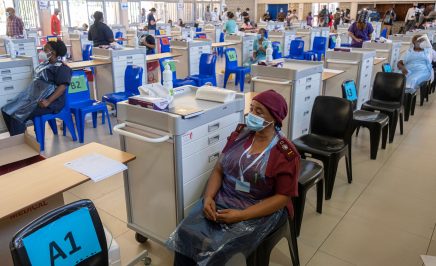 Covid-19: Pfizer reports massive revenues while hurting the chances of millions to get vaccinated

Responding to news that Pfizer reported $14 billion in third-quarter revenue for vaccines and is...
Read More