A new Amnesty International report, to be launched today at Queensland Parliament House, has found that, while the Queensland Government has recognised the need for reforming its youth justice system, serious concerns remain.

Queensland leads the country in locking up 10- and 11-year-olds and detaining children on remand, the majority of them Aboriginal and Torres Strait Islander children. This flies in the face of international laws and standards

“Decades of harsh policies have seen too many kids, especially Indigenous kids, trapped in the criminal justice system.”

“Amnesty has supported the Queensland government’s recent positive reforms to the youth justice system. These have been a big step in the right direction, but our research shows more should and can be done.”

One of the most striking findings of the research is that a shift to supporting Indigenous-led initiatives could make the biggest difference in keeping kids out of the justice system and fostering safer communities.

Currently only two of the 16 organisations contracted to work with youth justice clients are Indigenous-led organisations.

Currently only two of the 16 organisations contracted to work with youth justice clients are Indigenous-led organisations.

Queensland also has the highest rate in Australia of holding children on remand – on any given day, as many as 83 percent are being held in children’s prisons without bail, whether prior to court proceedings or prior to sentencing. Two thirds of them are Indigenous.

In addition, Queensland is the only state to lock up 17-year-old teenagers in harsh adult prisons.

“The recommendations in this research report offer an opportunity for a new approach,” said Claire.

“The recommendations in this research report offer an opportunity for a new approach.”

“Queensland is fortunate to have many trailblazing Indigenous leaders. Their work connects kids to culture, keeps them out of children’s prisons and in their communities.”

“All sides of politics should harness Indigenous innovation and expertise to create a stronger and safer Queensland for everyone. This is an opportunity to break with the past that has failed so many kids.” 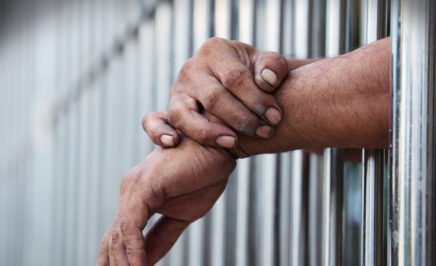 Channeling one of the calls from our Community is Everything campaign, the NT Government has...
Read More