Amnesty International Australia stands with the Trans and Gender Diverse communities in Australia to condemn ignorance and bigotry as evidenced in comments made on Wednesday by Peth Lord Mayor Basil Zempilas.

Mr Zemplias’ comments lead to discrimination, violence and exclusion. While his subsequent apology is acknowledged, the new Mayor needs to back his words up with actions.

Mr Zempilas should take the time to educate himself and his audience about Trans and Gender Diverse people’s experience.

“We expect better from our elected officials and agree with Transfolk of Western Australia that the new Mayor needs to face the truth of the harm that his comments cause. When elected officials give voice to bigotry it is seen as permission to others that it is okay to discriminate and use violence.

“It all starts at the top. You need to face the truth of the harm such comments cause.

“Using this as a ‘teaching moment’ for himself, he should listen to people with lived experience – perhaps he might even like to have a member of the community on his show – so he can learn about why these glib comments can be so harmful and damaging, especially from those in positions of authority.”

Discriminatory and harmful comments such as those made by Zempilas illustrate why the Inclusive education WA program is so important in schools – and Zempilas should make this a priority to show his apology is more than just an embarrassing backflip.

We encourage anyone who feels strongly about this issue to contact 6PR to register a complaint. Call (08) 9220 1400 or visit https://www.6pr.com.au/listener-complaints/ 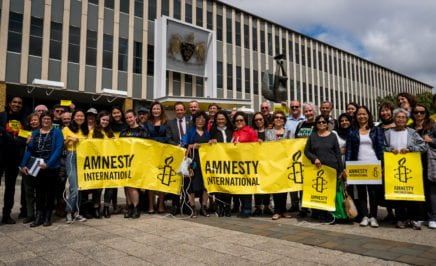