The conviction of Singapore blogger and political activist Han Hui Hui, for her role in a peaceful demonstration in 2014, is just another illustration of the authorities’ clampdown on critics and dissent in the country.

Amnesty International calls on the authorities to immediately halt the use of restrictive laws to undermine the enjoyment of the rights to freedom of expression and peaceful assembly which are maintaining a climate of intimidation and self-censorship in Singapore.

On 27 June 2016, Han Hui Hui was found guilty of illegal assembly and causing a public nuisance and fined SGD $3,100 (USD $2,281) for leading a peaceful protest that took place on 27 September 2014 in Hong Lim Park, the only space where people are able to assemble and demonstrate without a police permit. Two others, Low Wai Choo and Koh Yew Beng were also found guilty of illegal assembly and fined $350 each.

Han Hui Hui was charged in October 2014 under section 143 of the Penal Code and section 290 of the Public Nuisance Act for her participation in a peaceful protest that called on the Singaporean government to return Central Provident Fund savings to members. Following the protest, Han Hui Hui and several other participants were investigated by police for allegedly overstepping the parameters set by the National Parks Board, by marching and encroaching on another event taking place at the park at the same time.

Amnesty International believes the charges against Han Hui Hui may be politically motivated. Under Singaporean law, she is now barred from running in the general elections in 2020, as her fine is over SGD $2000 (USD $1471).

Amnesty International believes the charges against Han Hui Hui may be politically motivated.

The organisation believes that Han Hui Hui, Low Wai Choo and Koh Yew Beng, as well as Roy Ngreng and Chua Siew Leng, who pleaded guilty to the same charges for incidents that occurred in 2015, have been criminalized for the legitimate exercise of their right to peaceful assembly.

Amnesty International calls on the Singapore authorities to quash the convictions and sentences of Han Hui Hui, Low Wai Choo and Koh Yew Beng, as they arise solely from the peaceful exercise of their rights to freedom of expression and peaceful assembly. The authorities must also amend all laws which unduly restrict these rights and bring them into strict compliance with international human rights law.

In the past few months, political activists, bloggers and the LGBTI community have faced reprisals for the legitimate exercise of their rights to freedom of expression, peaceful assembly and association in Singapore.

On Friday 24 June 2016, the UN Human Rights Council adopted the outcome of the Universal Periodic Review of Singapore. Amnesty International regrets the government of Singapore’s rejection of recommendations on the rights to freedom of expression and assembly. Cases highlighted during the session by Amnesty International and related to the right to freedom of expression included the prosecution of 17 year old blogger Amos Yee. 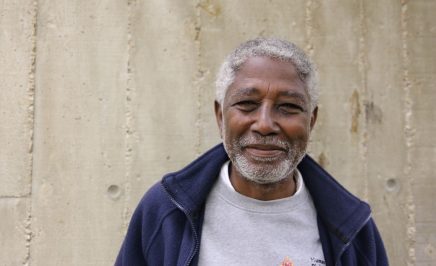 France: Unchecked clampdown on protests under guise of fighting terrorism