Authorities must launch a prompt and effective investigation into the army’s killing of three protesters and injury of scores others following post elections violence, said Amnesty International.

“It is unfortunate that this election has descended into bloodshed, which could have been avoided if security forces had exercised restraint against protesters. The army’s conduct should be promptly investigated, with those responsible brought to justice,” said Colm Ó Cuanacháin, Amnesty International’s Acting Secretary General.

“By using live ammunition against unarmed protesters, the army has broken the very same rule of law that they should protect. The militarization of the prevailing post-election environment is muzzling freedom of expression, association and assembly. People must be guaranteed their right to protest.”

Police have confirmed that three people have been killed after soldiers fired live ammunition on fleeing people following post-election protests in Harare, with some of the injured and dead being shot from the back.

Demonstrators were calling for the Zimbabwe Electoral Commission to expedite the release of the presidential election results after voting on 30 July.

Firearms must never be used as a tool for containing violence by protesters. They may only be used in defense against an imminent threat of death or serious injury, in order to save another life.

“The loss of life for people protesting for the release of the election results was totally unnecessary. They wanted to see how they had voted and Zimbabwean authorities had a duty to facilitate this in a peaceful manner, without deploying the army to the streets,” said Colm Ó Cuanacháin.

“Media freedom must also be guaranteed and respected in this prevailing post-election environment. Journalists should not be intimidated for doing their work.”

The 30 July election took place in a context of intimidation of people in some rural parts of Zimbabwe, with uniformed military men and intelligence agents deployed into villages. Military intelligence were reported going house to house, sometimes at night, in the lead up to the elections telling villagers to “vote right” in places such as Mutoko and Domboshava in Mashonaland East.

Zimbabwe: Security forces must be held accountable for brutal assault on human rights

The Zimbabwean authorities must act swiftly to ensure security forces are held to account for...
Read More 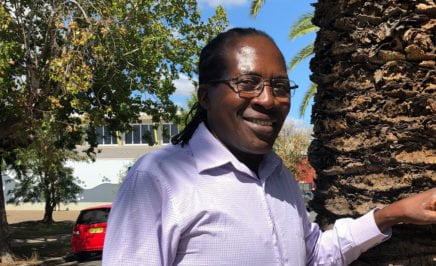 Beyond the ‘refugee’ label: welcoming new people to our neighbourhoods

As a journalist in Zimbabwe throughout the 2000s, I reported on the brutal killing sprees and human...
Read More