Today is a very special day in our human rights calendar. It’s International Women’s Day (IWD). A day in which the incredible feats of women are championed and the inequalities and prejudices against us that still exist today are challenged globally.

In 2017 the theme of IWD is #Beboldforchange, so we wanted to shine the spotlight on 15 incredibly bold and inspirational women in Australia who are joining the fight against inequality and the injustice against their fellow humans beings. It’s women such as these who inspire us to keep fighting for human rights. 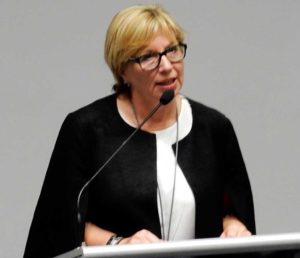 Domestic violence campaigner Rosie Batty has been through more trauma than most of us could fathom, but instead of letting it consume her, she chose to fight, setting up the Luke Batty Foundation in memoriam of her late son.

The 2015 Australian of the Year says on neveralone.com.au: “Together we will give victims a voice and demand our leaders act. We will stand with the victims of family violence so that they are supported in the community and have a powerful voice in the corridors of power. That’s my mission – but I can’t do it alone.” 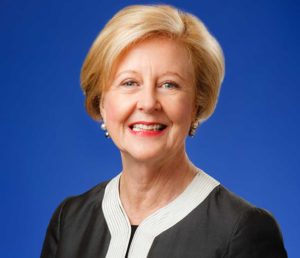 Once a ballerina, Law Dean and international lawyer, Emeritus Professor Gillian Triggs is now the President of the Australian Human Rights Commission, where she tries to keep Australia on pointe in following international law. Gillian has achieved crucial progress on difficult human rights issues during her presidency.

Her work has included leading a national inquiry that provided evidence of the experiences of children and families held in Australia’s immigration detention centres, and recommending their release into the community. “I will continue to push for the implementation of Australia’s human rights obligations into domestic law,” Gillian says. Lawyer and CEO of the Aboriginal Family Violence Prevention and Legal Service (FVPLS), Kuku Yalanji woman Antoinette Braybrook came from humble beginnings. Growing up in rural Victoria, Antoinette experienced racial abuse and as a result, chose not to continue with her studies. However, at the age of 30, Antoinette decided to pursue her dream of studying law, which she says was “one of the hardest things I have ever done”.

Her determination paid off. Just today, Antoinette was awarded the 2017 Inspirational Women of Yarra Award and in 2015, the Law Institute of Victoria’s Access to Justice Award for her work ensuring that Aboriginal women can live free from violence. Antoinette says one of the pivotal moments in her career came when she helped to shape recommendations following the Victorian Government’s Royal Commission into Family Violence. “I’m proud that Aboriginal and Torres Strait Islander women are now finally starting to receive the attention they deserve,” she says. 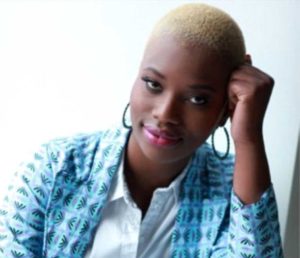 Anti-FGM campaigner Khadija Gbla was born in Sierra Leone and resettled in Australia with her family as a teenager. Khadija survived female genital mutilation (FGM) at the age of nine, but had blocked out the trauma of the event until she reached adulthood.

“I knew then that this terrible act of child abuse had happened to me and it was happening to other little girls across the world,” says Khadija. “I wanted to channel the anger, the pain and all the raw emotions into something good, otherwise it was going to consume me,” she adds. Khadija later co-founded No FGM Australia, an organisation that supports survivors of FGM and educates girls who might be at risk of FGM. Though she receives constant threats over her advocacy work, she says it’s all worthwhile when she hears the words: “You saved my life”. In April 2017, inspirational Bunuba woman June Oscar will begin her term as the Aboriginal and Torres Strait Islander Social Justice Commissioner – and there couldn’t be anyone more deserving of the position. Among many other accolades, June recently received the the Menzies School of Health Research Medallion for her tireless work to reduce Fetal Alcohol Spectrum Disorder (FASD).

June says she owes her success to the people she is surrounded by. “I have a fundamental belief that when we inspire others we transfer positivity from one person to another,” she says. “We create a community of positivity. A collective who believe that impactful and meaningful change is possible when we influence each other with positive thoughts, supports and feelings.” 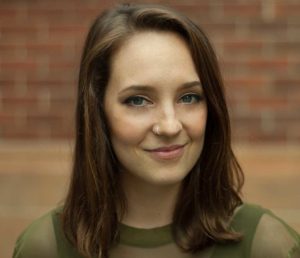 Sally was named one of Australia’s most influential LGBTQI people by both Cosmopolitan Magazine and Mamamia this year, and we can certainly see why. Sally is an LGBTQI rights campaigner, public speaker and volunteer youth mentor who played a pivotal role in the successful campaign to stop the plebiscite on equal marriage. Oh — and she also has a full-time job as Creative Director at Getup.

Sally says it’s young people that inspire her to keep striving for equality. “I’m constantly inspired by the new generation of transgender kids fighting for their rights, who aren’t waiting around for adults to catch up and are constantly educating people with their personal stories. They are trailblazers and it’s so exciting seeing them shine.” 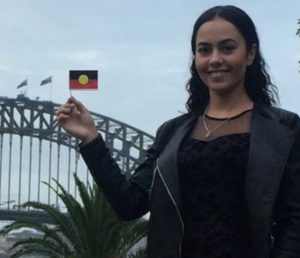 Kamilaroi woman Cheree Toka has a dream: for a third flag to fly atop the harbour bridge. “One that acknowledges and celebrates our ancient and authentic Indigenous culture; the red, black and yellow Aboriginal flag,” she wrote for an online petition via Change.org. But she could never have imagined how much support her campaign would receive.

“We have reached close to 30,000 supporters and are in the process of collecting 10,000 hard copy signatures to present to NSW Parliament for discussion,” says Cheree. “I am very proud to represent my people and culture – it isn’t a win just yet, but do stay tuned!” “I am so inspired by the many refugees, asylum seekers and migrants I meet who have survived so much and ask for so little,” says Nicole Yade, who has worked in the community services sector for over 20 years.

Nicole is the brains and heart behind the 2016 initiative Good Neighbour, which provides training to community members to be ‘good neighbours’ to newly arrived refugees and asylum seekers. She soon hopes to make this initiative Australia-wide. “As a community we cannot be strong if we do not stand together,” she says. “Together we can be our best selves and be proud of what we can achieve together.” 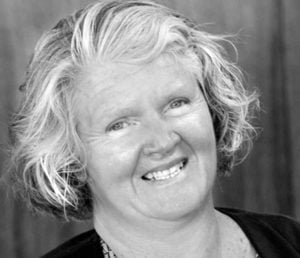 At the age of 20, Rosemary Kayess sustained a spinal-cord injury in a car accident. Now a Visiting Fellow and Senior Lecturer in the Faculty of Law at the University of New South Wales, Rosemary has has since devoted her career to human rights and discrimination law.

Her proudest career moment, she says, was her contribution to the Convention on the Rights of Persons with Disabilities, which entered into force in 2008. “There’s definite energy and movement on disability rights following the Convention,” says Rosemary. “It’s that energy that keeps you going.” Sydney-based activist Lizzi Price has been fighting for the rights of the LGBTQI community for the best part of a decade, but she says her proudest moments come every March when she marches at Mardi Gras. “Every time we march in the parade, we let the world know that LGBTQI rights are human rights,” she says.

“Having Amnesty support LGBTQI human rights sends a powerful message to LGBTQI people who are fighting for equality, a message that we are born free and equal, in dignity and rights.” Afghanistan-born Shukufa Tahiri and her family fled the Taliban in 1999, and were granted refugee status in Australia in 2006. Now 23-year-old Shukufa gives back to Australia by working for the good of others as a volunteer and Policy Assistant at the Refugee Council of Australia while completing her law degree.

She recalls fondly, “I helped enable a family reunion between an agonised mother and her 15-year-old son. They separated in very difficult circumstances and in the context of war when he was only an infant. Seeing them walk together the other day made me joyfully teary and proud. This kind of reunion is a profound manifestation of human rights.” 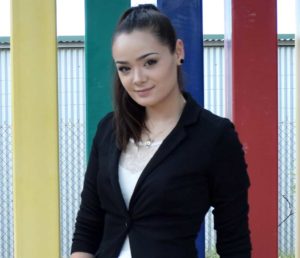 2016’s Queensland Young Achiever says: “We, the youth of today are the Elders of tomorrow and it is our responsibility to make the change we want to see in the world. I have seen young people who once struggled with poor mental health overcome their boundaries and become positive role models within their community.” 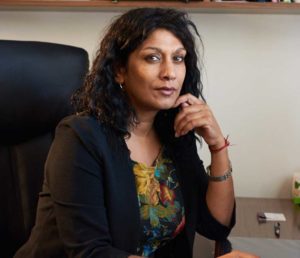 That medical staff are now able to speak out against the mistreatment of refugees in offshore detention centres like Nauru is largely thanks to Dr Barri Phatarfod. Doctors for Refugees, which Barri founded, launched a High Court challenge against the secrecy provisions within the Border Force Act in early 2016.

The Border Force Act stated that contractors who disclose ‘protected information’ can face up to two years imprisonment, which Barri says directly conflicts with the professional and ethical obligations doctors have sworn to uphold. ”Once we had filed our case, the government late last year finally amended this law to exempt health professionals,” says Barri. “This is a win for the longstanding tradition of doctors caring for patients irrespective of their background and circumstance and free from political hysteria.” ACT-based Dorothy Bennett is celebrating more than one milestone this year – it’s her 90th birthday and her 47th year as a human rights activist. Dorothy joined Amnesty International in 1970 to give a voice to those who had been silenced or forgotten and continues her great work to this day.

Just last year, Dorothy gathered 543 letters from her church community in support of individuals who are at risk of persecution. “The good news reports encourage me to believe that individuals can make a difference just by writing letters and people of all ages can participate in this,” she says. Amnesty International Australia’s National Director has been at the helm of the organisation for over nine years and her resolve remains unwavering. Claire says that the courage of the people she fights to protect, and the many wins she has been a part of make it all worthwhile.

“Some highlights for me include working with partners to help secure a national plan of action to reduce violence against women and children; working with our Indigenous partners to enable communities to stay on their Homelands in central Australia and putting the over-representation of Aboriginal and Torres strait Islanders in the justice system on the Government’s agenda,” says Claire.

Check out these women featured on Mamamia today.