In May 2021, Palestinian families in Sheikh Jarrah, a neighbourhood in occupied East Jerusalem, began protesting against Israel’s plan to forcibly evict them from their homes to make way for Jewish settlers.

Many of the families are refugees, who settled in Sheikh Jarrah after being forcibly displaced around the time of Israel’s establishment as a state in 1948.

In response to the demonstrations in Sheikh Jarrah, thousands of Palestinians across Israel and the Occupied Palestinian Territories (OPT) held their own protests in support of the families, and against their shared experience of fragmentation, dispossession, and segregation. These were met with excessive and deadly force by Israeli authorities with thousands injured, arrested and detained.

The events of May 2021 were emblematic of the oppression which Palestinians have faced every day, for decades. The discrimination, the dispossession, the repression of dissent, the killings and injuries – all are part of a system which is designed to privilege Jewish Israelis at the expense of Palestinians. This is apartheid.

Amnesty International’s new investigation shows that Israel imposes a system of oppression and domination against Palestinians across all areas under its control: in Israel and the OPT, and against Palestinian refugees, in order to benefit Jewish Israelis. This amounts to apartheid – a crime prohibited in international law.

Laws, policies and practices which are intended to maintain a cruel system of control over Palestinians, have left them fragmented geographically and politically, frequently impoverished, and in a constant state of fear and insecurity.

Apartheid is a violation of human rights, and a crime against humanity under international criminal law.

The term “apartheid” was originally used to refer to a political system in South Africa which explicitly enforced racial segregation, and the domination and oppression of one racial group by another. It has since been adopted by the international community to condemn and criminalise such systems wherever they occur.

Apartheid is committed when any inhuman or inhumane act (essentially a serious human rights violation) is perpetrated in the context of an institutionalised regime of systematic oppression and domination by one racial group over another, with the intention to maintain that system.

Why is Amnesty International campaigning against apartheid?

Apartheid is not acceptable anywhere in the world. So why has the world accepted it against Palestinians?

“I do not know why the entire world is watching what is happening and letting Israel get away with it?”

Nabil el-Kurd, one of the residents under threat of forced eviction in the East Jerusalem neighbourhood of Sheikh Jarrah

Yet, governments with the power to do something have refused to take any meaningful action to hold Israel accountable. Instead, they have been hiding behind a moribund peace process at the expense of human rights and accountability.

Amnesty is calling for Israel to dismantle the measures of fragmentation, segregation, discrimination, and deprivation, currently in place against the Palestinian population.

Israel’s system of oppression and domination of Palestinians

Successive Israeli governments have created and maintained a system of laws, policies, and practices designed to oppress and dominate Palestinians. This system plays out in different ways across the different areas where Israel exercises control over Palestinians’ rights, but the intent is always the same: to privilege Jewish Israelis at the expense of Palestinians.

Israeli authorities have done this through four main strategies:

Israel has been systematically committing serious human rights violations against Palestinians for decades. Violations such as forcible transfer, administrative detention, torture, unlawful killings and serious injuries, and the denial of basic rights and freedoms have been well documented by Amnesty and others. It is clear that Israel’s apartheid system is being maintained through committing these abuses—which have been perpetrated with almost total impunity.

They form part of a widespread and systematic attack against the Palestinian population, carried out within the context of Israel’s institutionalised regime of systematic oppression and domination over Palestinians, and therefore constitute crimes against humanity of apartheid.

More than 6 million Palestinians remain refugees, the vast majority of whom live in refugee camps. There are over 100,000 Palestinians in the OPT and another 68,000 inside of Israel at imminent risk of losing their homes, many for the second or third time.

Palestinians are systematically subjected to home demolitions and forced evictions, and live in constant fear of losing their homes.

“My plan was for them to have a warm family home close to their loved ones and family members. Now I’m passing on the memories of their first childhood home being destroyed.”

Mohammed Al-Rajabi, a resident of Al-Bustan area in Silwan, whose home was demolished by Israeli authorities on 23 June 2020 on the basis that it was built “illegally”, described to Amnesty International the devastating impact on his family:

For more than 73 years, Israel has been forcibly displacing entire Palestinian communities. Hundreds of thousands of Palestinians’ homes have been demolished

Palestinians are caught in a Catch-22 situation. Israel requires them to obtain a permit to build or even erect a structure such as a tent, but – unlike Jewish Israeli applicants — rarely issues them a permit. Many Palestinians are forced to build without permits. Israel then demolishes Palestinian homes on the basis that they were built “illegally”. Israel uses these discriminatory planning and zoning policies to create unbearable living conditions to force Palestinians to leave their homes to allow for the expansion of Jewish settlement.

Israel has long used discriminatory laws and policies to separate Palestinians from their families. For example, Palestinians from the West Bank and Gaza cannot gain legal status in Israel or occupied East Jerusalem through marriage, denying their rights to family unification. This policy has forced thousands of Palestinians to live apart from their loved ones; others are forced to go abroad, or live in constant fear of being arrested, expelled or deported.

“The government is controlling every detail of our lives, they are in our bedroom, in our homes. One of the most extreme cases was when they arrested my husband in 2004 while I was giving birth to one of my daughters … while I was in the delivery room they arrested him!”

Sumaia, was born and raised in Lod in central Israel. She married her husband, who is from the Gaza Strip, in 1998 and he moved to live with her in Lod. In 2000, Sumaia and her husband began the process of applying for family unification, so they could live together legally. The family unification process took 18 years, during which the couple lived in fear and anxiety.

Over the past 14 years, more than 2 million Palestinians in the Gaza Strip have been living under Israel’s illegal blockade. Along with four major military offensives, the blockade has had catastrophic consequences for the people of Gaza.

The blockade is a form of collective punishment. It forces Gaza’s population to live in increasingly dire conditions. There are severe shortages of housing, drinking water, electricity, essential medicines and medical care, food, educational equipment and building materials. In 2020, Gaza had the world’s highest unemployment rate, and more than half of its population was living below the poverty line.

The bullet that entered my leg did not just enter and leave my body. It entered and stopped everything; it stopped my life. Just because a soldier pulled the trigger without thinking of how it would devastate my life.

Adham Al-Hajjar, 36, a freelance journalist and lives in Gaza City. On 6 April 2018, while he was covering the Great March of Return demonstrations, Israeli snipers shot him. He is unable to get the medical help he needs in Gaza .

On 30 March 2018, Palestinians in Gaza launched the Great March of Return, a series of weekly mass demonstrations along the fence between Gaza and Israel.

They were demanding their right to return to their villages and towns in what is now Israel, as well as an end to Israel’s blockade on Gaza. The response was brutal: by the end of 2019, Israeli forces had killed 214 civilians, including 46 children, and injured more than 8,000 others with live ammunition.

The blockade prevents Palestinians from accessing adequate healthcare, in particular life-saving and other emergency medical treatment only available outside Gaza. The Israeli authorities often delay these permits and sometimes fail to provide them at all.

Dismantling the system: How you can help

There is no place for apartheid in our world. It’s time to speak up, to stand with Palestinians and tell Israel that we will not tolerate apartheid. The Palestinian experience of being denied a home is at the heart of Israel’s apartheid system.

For decades, Palestinians have been calling for an end to the oppression they live under. All too often, they pay a terrible price for standing up for their rights, and they have long been calling for others around the world to help them.

As a first step towards dismantling this system, Amnesty is calling on Israel to end the practice of home demolitions. Palestinian families need people to stand with them against injustice and discrimination, by taking action to help them protect their homes.

Amnesty International is a global movement of 10 million people standing up for justice, freedom and equality. We work to free people unjustly jailed, bring torturers to justice and change oppressive laws. We shine a light on great wrongs by exposing the facts others try to suppress. We lobby governments, and the powerful to make sure they keep their promises and respect international law. Together, our voices challenge injustice and are powerful enough to change the world. Learn more about what we do. 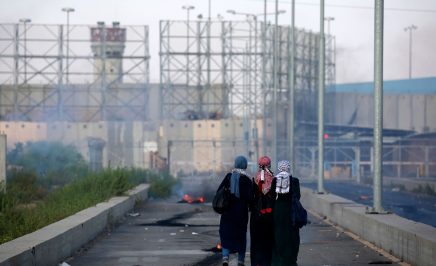